In the 1930s, assemblages, constructions and collages made with unconventional materials led Miró to produce three-dimensional work. His powerful attraction to the object was the first step towards the construction of poetic and dramatically violent images – and a path of artistic subversion leading to the transformation of the object into sculpture.

On the occasion of the publication of Miró and Twentieth-Century Sculpture, about the sculpture symposium held in Madrid on 15-16 April 2016, we would like to invite you to reflect on Miró’s objects and sculptures.

Anna del Valle is a researcher in the arts and humanities and holds a postgraduate degree in Estudis Mironians (Miró Studies, UOC – Fundació Joan Miró). 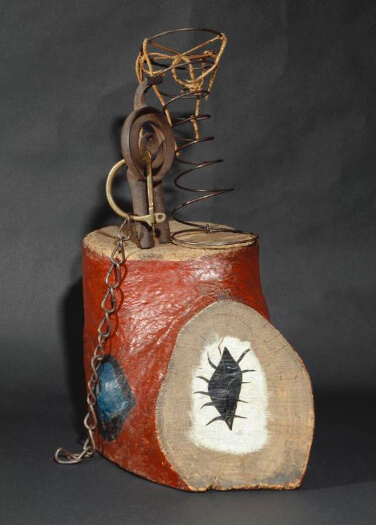 L’objet du couchant is an object-painting that Miró produced between the summer of 1935 and the early months of 1936, several years after those collages and constructions that were in keeping with the defiance of artistic conventions that he declared in the late 1920s. This defiance was also closely linked to the annihilation of the notion of the artist and a higher consideration of popular culture, and was shared, to a greater or lesser degree, by groups as diverse as André Breton and the Surrealists, the anti-art intellectuals and artists from L’Amic de les Arts, and Georges Bataille and the other dissidents who jointly founded the magazine Documents.

It is true, however, that within Surrealist circles that defiance quickly turned into what Breton, quoting Paul Éluard, referred to as the ‘physics of poetry,’[1] precisely because of that need to objectify dreams and be able to reconcile the Surrealist approach with Communist affiliation. This need would eventually lead to walks through flea markets on the lookout for chance encounters with objects that would have the same liberating effect as dreams, the proverbial objets trouvés.

Ultimately, it was all a game, a form of artistic rebellion in which formal and stylistic innovations, as in L’objet du couchant, were often formulated on the basis of the ‘erotically-based assault on the female form.’[2]

This is why poetic, aggressive, violent fragmentation is the most salient element in this representation of a woman’s head/body in bright blood red that Miró assembled with a carob tree trunk cut into an L-shape. The woman is represented with her vagina painted black against an uneven white circle – the spider that already appeared in the artist’s paintings in the early 1920s – and also with the large blue eye, set below and at a distance from the objects the artist had found during his walks and nailed into the top: a gas burner attached to a shackle with a hanging chain and entangled in a bed spring, possibly suggesting a curl or a woman’s hairstyle. The chain is what provides a sense of movement; it is loose and invites participation. And, in fact, this entire object-painting reaches out towards the viewer in an attempt to show the complex dialogue between visuality and eroticism that was already present in the Spanish Dancers from 1928, in which the optical dimension moved into the realm of the tactile, not only to make a scathing criticism of visuality as the focal point of Western painting ever since the Renaissance, but also to materialize that cruel desire bound to the gaze in which sex and death are intertwined,[3] as in Giacometti’s sadistic toy – a headless woman turning into a creature that is half-insect, half-crustacean. 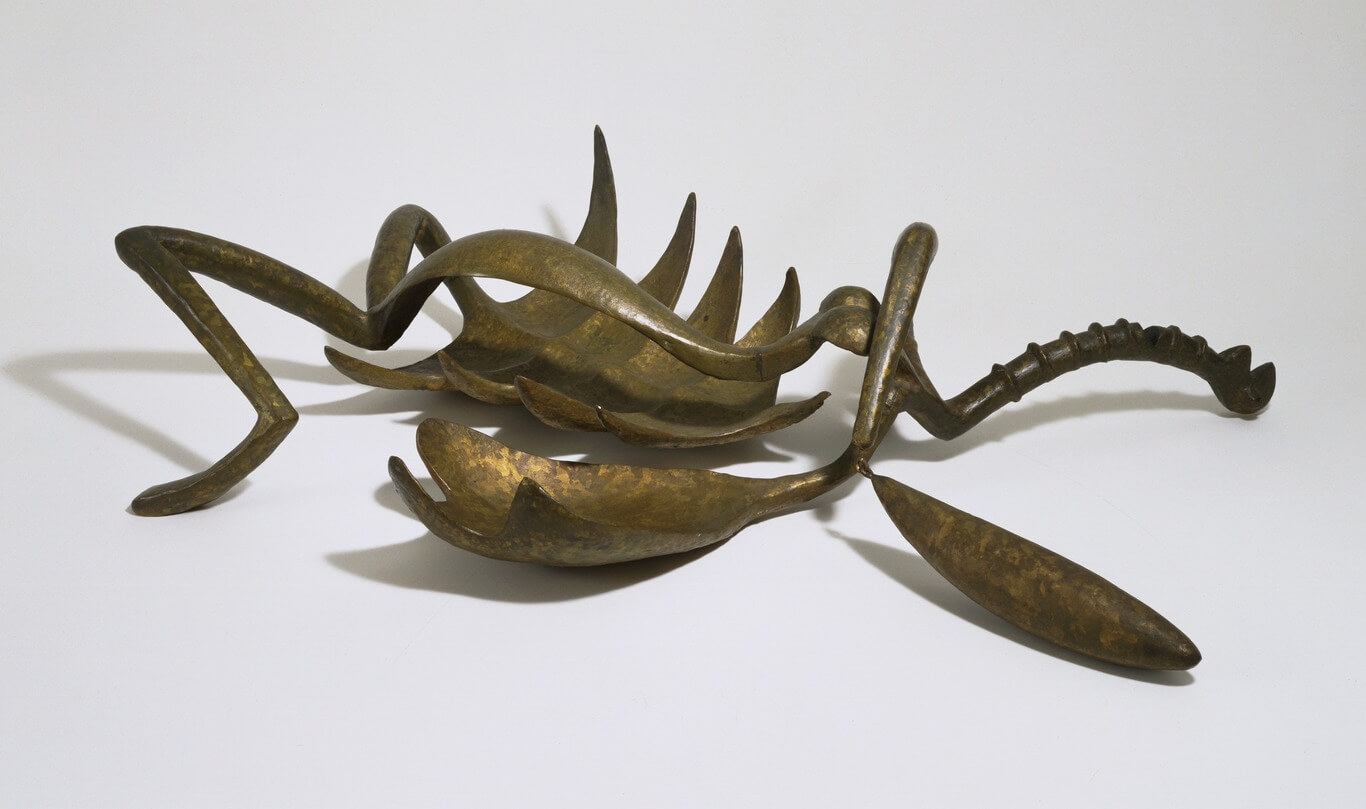 Despite the connections with the Surrealist merveilleux and the poetic element dominated by the aggressive-erotic drive that allowed for establishing common ground with Dalí’s Objets à fonctionnement symbolique, we could say that Miró’s eroticism is, above all, close to the anthropological perspective of critics such as Leiris or Bataille. In their view, this ironic or almost repulsive approach to sex is associated more with the mythical and the primitive than with Freudian ideas.

Accordingly, far from objectifying dreams, Miró clearly affirmed the reality of experiences encountered with that brand of humour so typical of Bataille, so closely bound to the sacred that it would highlight that the only possible reality is devoid of categories, a reality in which art is presented like just another ‘record’ of life. It is a space which, in addition to incorporating the visual element, also incorporates the tactile, the erotic and the violent, without questioning whether in doing so women and their beauty may forever be reduced to a mere staging of that disturbing desire that overrides everything else, and which, in a way, would allow a certain return to animal instinct.[4]

[3]      ‘If it is true that “diabolical” means essentially the coincidence of death and eroticism […] we cannot fail to perceive, linked to this nascent eroticism, the preoccupation with, the haunting fear of death.’ BATAILLE, Georges. The Tears of Eros (1961). San Francisco: City Lights Books, 1989, p. 23. Translated by Peter Connor.

[4]      ‘The image of the desirable woman at first imagined would be insipid and unprovocative if it did not at the same time also promise or reveal a mysterious animal aspect, more momentously suggestive. The beauty of the desirable woman suggests her private parts, the hairy ones, to be precise, the animal ones. Instinct has made sure that we shall desire these parts. But above and beyond the sexual instinct, erotic desire has other components. Beauty that is a negation of animality and awakens desire ends up by exasperating desire and exalting the animal parts.’ BATAILLE, Georges. Erotism. San Francisco: City Lights, 1986, pp. 143-144. Translated by Mary Dalwood.