The Self-organization exhibition curated by Antonio Ortega provides a genealogy of artists from the 1960s on who have recovered the authorship of their own narrative. Some of the artists who share this approach have taken on certain risks and made a commitment to their times. That is why we asked Pere Llobera, one of the participating artists, to share his point of view about the notions of risk and commitment in the practice of art. 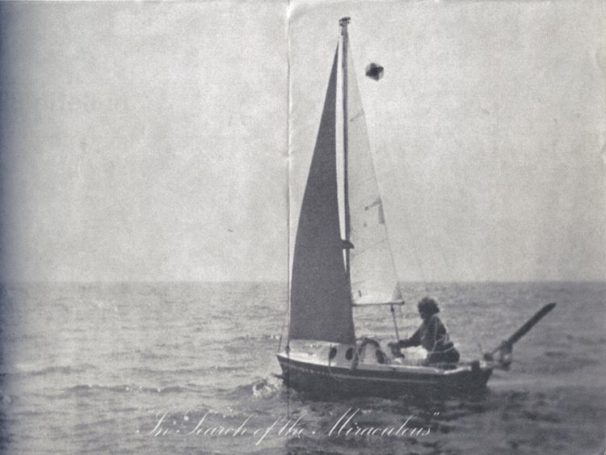 (A few words about risk and commitment in art)

‘I know I have to strike a constant balance between my involvement in the Shield Society* and the quality of my literary work. If this balance were to be upset, either the Shield Society would degenerate into an artist’s pastime or I would end up becoming a politician.’
(Yukio Mishima, Spiritual Lessons for Young Samurais)

We know that the figure of Mishima leaves no one indifferent. It is highly controversial and often vilified. Even the authors of the introduction to the edition in which I found the quote refer to him with undisguised malice. It is also true that the Shield Society * could be considered a silly gesture if it weren’t for the fact that its ideologue was anything but silly. Nonsense such as the Society was fated to be the subject of public mockery from the moment of its inception, true enough; but Mishima’s determination and intellectual defence both of the paramilitary groupuscle and of his own literary works (as he declares in the epigraph) saved him from the cruellest public mockery. Despite the inevitable attacks to which he was subjected, he took his extravagant gesture to an end. I’m not saying it was a good end. But it certainly was an end. 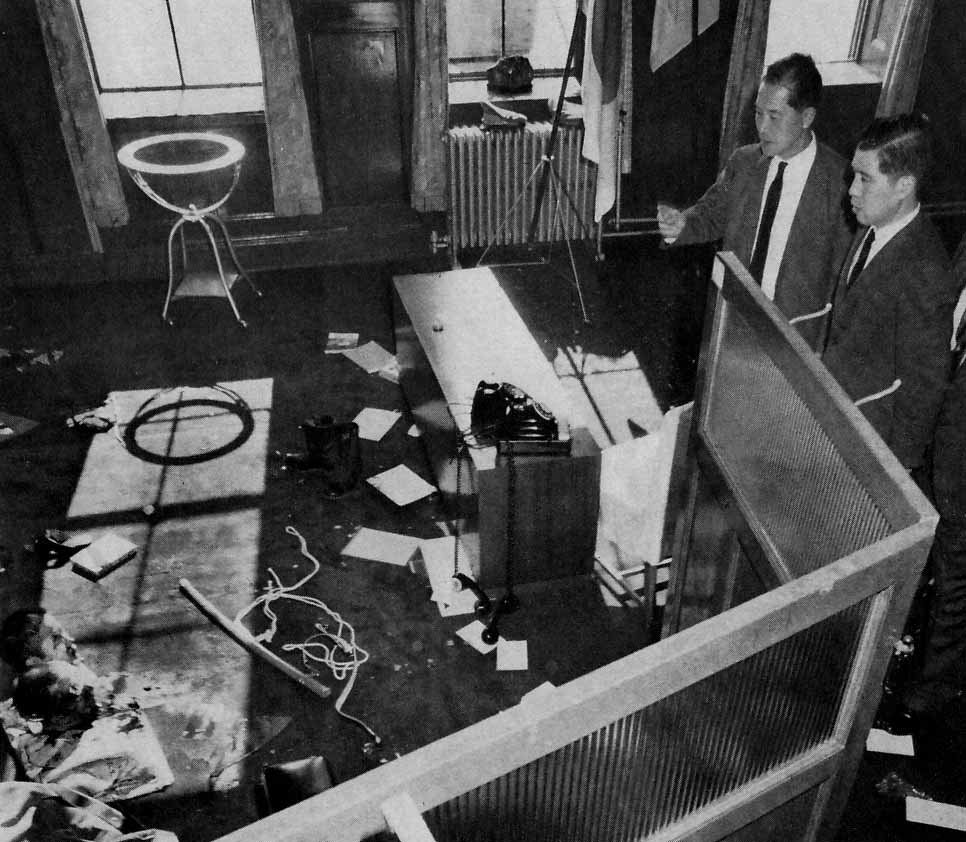 I am writing about Mishima and his private army not so much for you to end up liking him more, but rather to make people understand what it means to have ‘determination.’ Mishima may be accused of many things, but there is no question but that he was one of the select few who know how to finish what they start.

And now, I have a joke for you:
Bas Jan Ader and Mishima are in the midst of a conversation and one says to the other:
—Want to come for a ride on my sailboat?
—Not right now. I’ve got to take a few things to the knife sharpener.

Obviously, the tragic end of both characters in my dark joke has more to do with their powerful death wish than with the determination they both showed to get things done.

At this point, note that the concept of risk in the heading of this article has made itself pretty scarce so far, as has the concept of commitment. Instead, I’ve been speaking of determination. The explanation is as follows: to consider a risk involves calculating. It’s true that this is probably determined by the verb to consider, but it is no less true that the noblest of things (in Montaigne’s terms) tend to deprecate risk. They don’t ‘consider’ it. Or not much. Risk in art is nothing in itself. At the most, it is a subsidiary element to other deeper things, by no means an ultimate goal. Does risk really mean anything at all in art? Isn’t risk simply a token of what we had previously been determined to do? 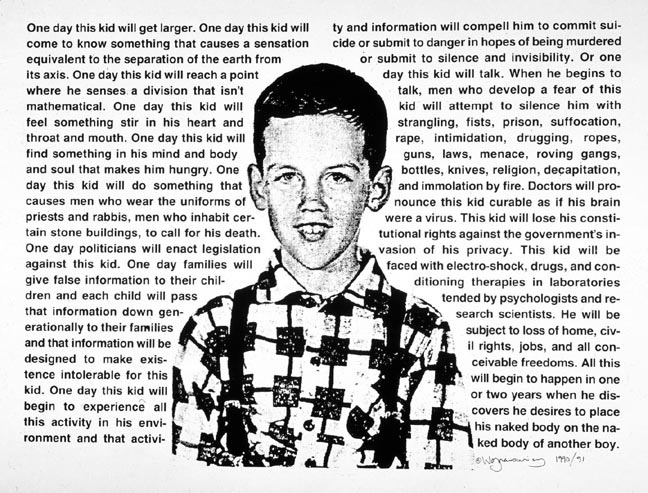 Now let’s have a look at commitment. Mishima and Imre Kertész considered writing, or the ‘need to say,’ as an inevitable curse. And thus Mishima said:
‘For an author, piles of written pages are like piles of excrement.’

Kertész phrased his thoughts more elegantly:
‘[…] I never stop working, and I don’t only do so to survive, because if I didn’t work, I would exist, and if I existed, I don’t know what I would be forced to do, and it’s better not to know. But I can sense it; needless to say, my cells can sense it […] there is a very serious connection between my survival and my work, […] which is entirely obvious yet not at all normal […] not everyone who writes does so because they have to write.’
(Kaddish for an Unborn Child) 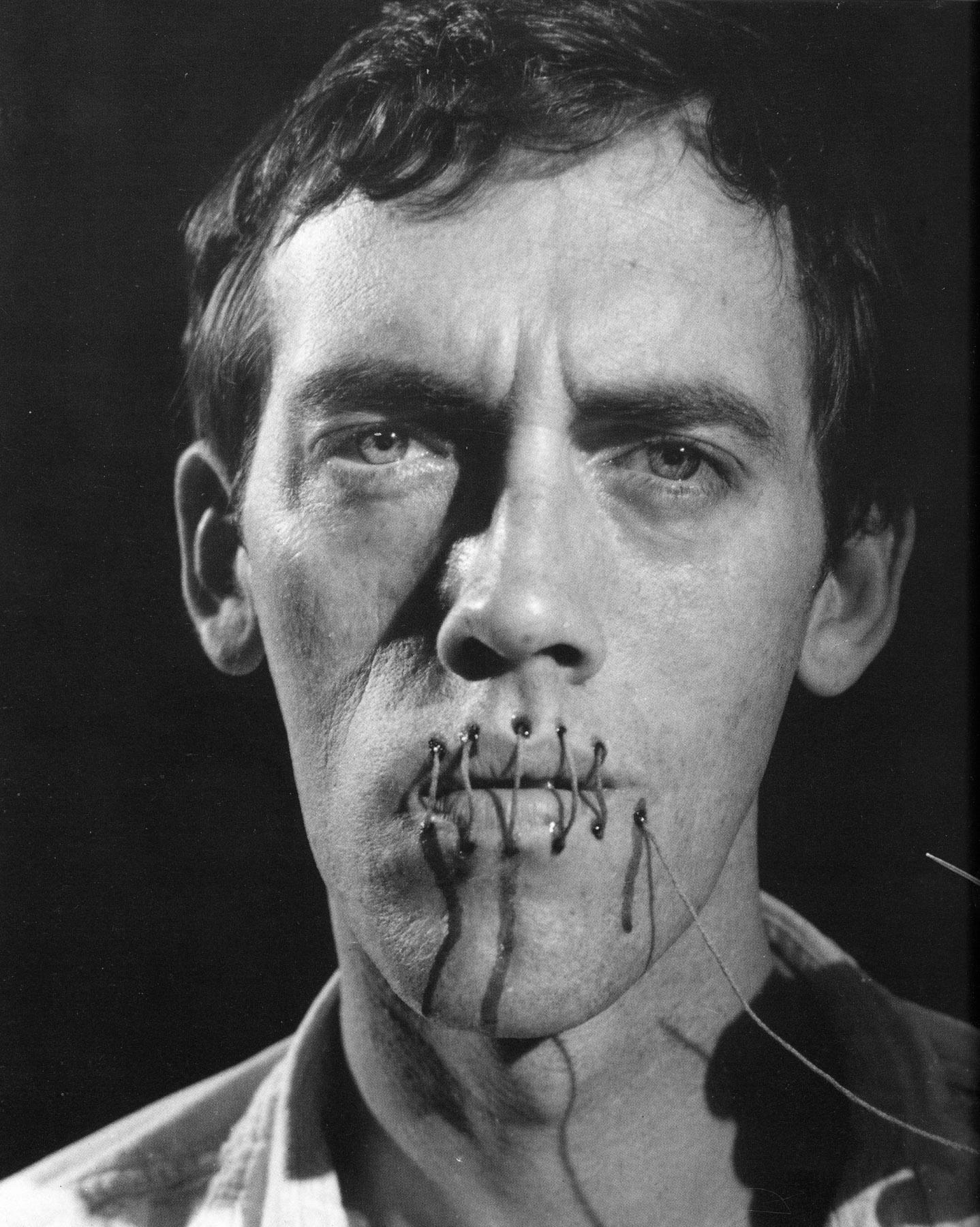 In very different ways, they both describe what it means to be doomed to say things. What Kertész is actually claiming is that an artist’s only real commitment is to work for his or her thoughts and I don’t think I’m saying anything new or aberrant if I state here and now that artists basically look out for themselves. That is their peculiarity, and their appeal as well, because their biased eye is what sees things differently from others. Personally, I don’t believe in the artist’s commitment to society. If you read the following quote from Josep Vicenç Foix, you will see that it provides an excellent explanation of what I am trying to convey in my ramblings about commitment.

‘The poet, as a poet, must have no lyrical motivation other than that of poetry itself. All that counts for him is the revolution caused by the process of adapting to the lyrical impulse that exalts him, that enlightens him, in his time. A revolution, be it social or political, offers the poet unprecedented elements for escape. The new symbols allow the poet to find that which is eternal.

‘The poet, as a poet, has his revolutionary obligations. However, his revolution is oblivious to the revolution of the majority. When the latter occurs, the poet falls silent. If he chooses to participate as such, his poetry flounders in the morbid swamps of rhetoric. But rhetoric is so adverse to poetry! Maybe as much so as poetry contests.

‘Moreover, poets move against the tide of their times. They wander among the monuments and ruins of each civilization in search of the elements of Mystery. In every period, under all sorts of political regimes, they protect Mystery and its continuity. They cultivate magic and cast shadow plays on the wall of eternity with the material elements provided by sad, mobile “reality.” They look for true reality, the “other reality” (the surreal, the superreal, or the supernatural) — which is (fear not), anti-history. Through the cave, poets listen to the mysterious world of echoes and take them on. Thanks to poets, the same nostalgic melody is conveyed through the grid of time.’

Neither risk nor commitment have enough weight of their own in the making of art. Risk can easily become calculation, and commitment can be a nod to others.

Is that why I’ve never managed to consider Chris Burden’s Shoot a remarkable piece of art?

What I mean is:
Was a bullet shot without determination?
A highly calculated shot?

Moment immediately after the action Shoot by Chris Burden

In addition, Burden’s action was the starting shot for his career as an artist. In fact, if he had proposed Shoot openly as a tactic, I would have liked it much better than with its lofty conceptual scaffolding as a critique of weapons policies, the mess in Vietnam, etc., which everyone gobbled up in a matter of minutes. As to the risk and commitment of his little arm…

To have himself shot that way, at that very time in the questioning of the boundaries of the art object, conjures up, above all, the image of someone treading on fresh snow. Wojnarowicz, for instance, has always struck me as a thousand times more determined to do what he had to do.

I, on the other hand, being fearful by nature, am now calculating the implications of having been openly critical of a piece like Shoot, with its legion of fans, as well as of carrying on and on about Mr. Mishima, with his legion of detractors. I can also make some calculations about the slaps in the face I could get for being such a big mouth. And the fact is that there are more ways than one to get oneself shot, and what’s a shame is that this one, unlike Burden’s, won’t even get me ahead in the game.

Last of all, I would like to raise a wonderful question that Fischli and Weiss posed as an epilogue: ‘Should I just go to sleep and stop making things all the time?’

Ah, the curse of saying! It’s the artist’s only true commitment.

*The Shield Society was a private army funded by Yukio Mishima, who presented himself as the guardian of Japanese national pride. Its carefully designed uniform and the controversial figure of Mishima placed this paramilitary group in the limelight of the media of its times.