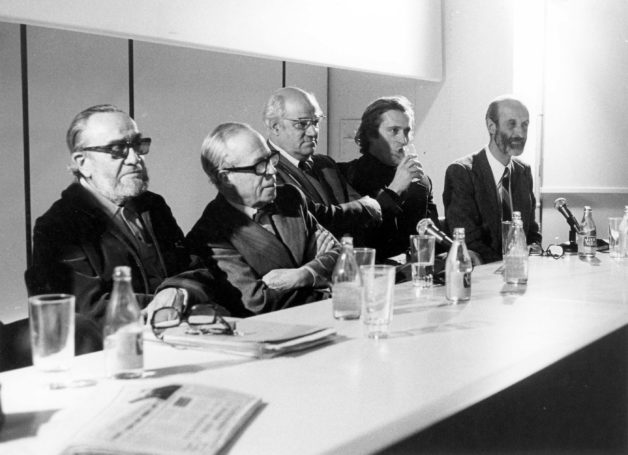 What do we mean when we say Josep Lluís Sert is our most international architect? If we interpret this in terms of popularity and widespread recognition, Gaudí would easily surpass him in recent years. But the internationality that I am talking about does not refer to this. It refers to the personal situation Sert adopted in the profession, in culture and politics, a situation that made it possible – and which makes it especially possible now – to define a universal and modern view of the major and minor problems of his milieu. He was the architect who drew together in Catalonia an initial circle that engaged in work and discourse in parallel to the groups being established at the same time in European and American cities most engaged in a professional, cultural and social quest. He was the first to set about internationalising our architecture by introducing the necessary internationalisation of time-honoured local standards, not so much to justify a tradition in conservative terms but to affirm the international revision of the International Style. For many years, he has been the only Catalan referent in the major controversies surrounding the evolution of the Modern Movement, and the one who, through foreign universities, has contributed most to the debate in teaching and on the political side of urban design.

2: Oriol Bohigas showing the architectural project for the Fundació Miró to Germà Rodríguez Arias and other authorities. Pérez de Rozas, 1987.1

Even so, perhaps what most underscores his international importance is, precisely, his work. From his Latin American plans to the Fundació Miró and the Fondation Maeght, from his major works in Boston and New York to his small undertakings in Ibiza, from the Pla Macià to the social and figurative proclamations of the CIAM, his entire body of work – built, drawn, explained and hotly debated – can be interpreted as a single cultural decision applied to the various chapters of the conceptual and stylistic evolution of the architecture and urbanism of his generation, that is to say, of the central years of the twentieth century, viewed simultaneously from Europe and from America.