Art, like the game of chess, requires commitment and an open attitude. Clara Laguillo, captivated by the Endgame: Duchamp, chess and the avant-gardes exhibition, addresses the parallelism between the challenges of the practice and reception of art and the infinite combinations of the pieces on a chess board.

Clara Laguillo is part of the Grup d’Experiència Estètica i Investigació Artística (Aesthetic Experience and Art Research Group) at the Philosophy Department of the Autonomous University of Barcelona, where she is currently finishing her thesis on performance art and its relationship to temporality. 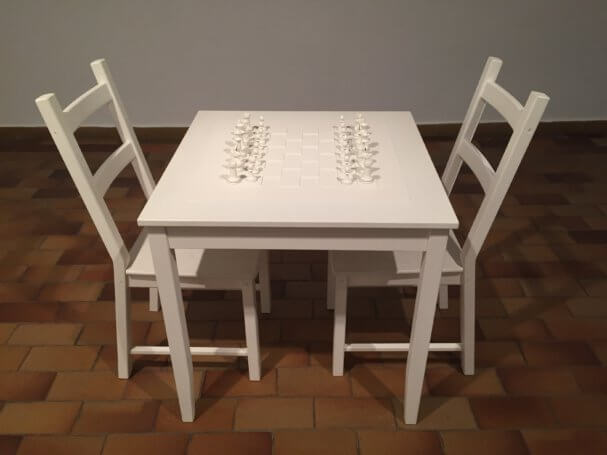 There is a cliché that associates chess with intelligence. As if being a good chess player proved you to be good strategist in life. Some people aren’t that good at playing chess. In the summers we spent in Mallorca, before heading down to the beach or after supper, adults and children played cards, domino, bocce ball, Chinese checkers, billiards and any number of other games; the one I was worst at was chess. This led me to show less and less interest in the game, and I gradually got rusty at it – and maybe at life, too.

Was I less intelligent because I lacked a defined strategy and didn’t know how to anticipate my opponent’s moves? Probably. But not for lack of intellectual ability: above all, because of my laziness about thinking, my laziness about making the effort to foresee the moves that would allow me to reach a checkmate.

I believe that very laziness is behind many of the judgments that are made about contemporary art. It may be another cliché to say that art, having no apparent purpose and being associated with contemplation during leisure time, must be easy and relaxed, and therefore ought to approach us with an accessible, universal language: that of sensibility.

But it doesn’t always work that way. In fact, it almost never does so right away. Art requires our attention and our effort, like chess, for which we may know the basic rules, but if we are to truly enjoy it, we need to have experience – some form of training –, commitment, and an open attitude towards the infinite paths it can open up before us.

The reasons for art, as presented by Gerard Vilar in his publication with that very title – Las razones del arte – are the unreasons of the world we live in: violence, pain, terror, death and injustice, as well as everything that is incomprehensible and difficult to translate into a propositional, literal language, such as love, beauty or happiness. But much though we may all share these unreasons, which are also stimuli for creativity, art calls for obstinacy and a will to decipher its languages, which often resignify everything from the most mundane of matters to the most complex of thoughts.

The practice of art is a challenge without any limits of casuistry – for artists, for the public, or for the experts who analyse it and reflect upon it; and it has been so especially since the 1960s, when the focus shifted from the artistic object to the creative process. And when the element of performance made its appearance, recasting the viewers and granting them an active role, it started to make them uncomfortable, forcing them to acknowledge that they had to take a stance, that they had to think and act. Again, the parallelism is obvious: to play chess you have to be active, and the end of the game depends on our own interaction with non-propositional languages.

A revolution was rising from the avant-garde, and particularly from Duchamp’s first readymades, which resignified everyday objects, provoking viewers and demanding that they think and question what they had in front of them. It is hardly a coincidence that Duchamp, aside from constituting a key figure in the development of contemporary art, happened to be a professional chess player.

I didn’t choose not to learn to play chess; I was just too lazy to practice it. I may still give it another shot, now that I understand that the challenges of artistic practice and its reception are similar to the infinite combinations of moves for the pawns, knights, castles and kings. It will not be a walk on flat ground; it will be like climbing a mountain. And on a mountain, as in chess and art, you have be prepared and willing to play and to clamber. 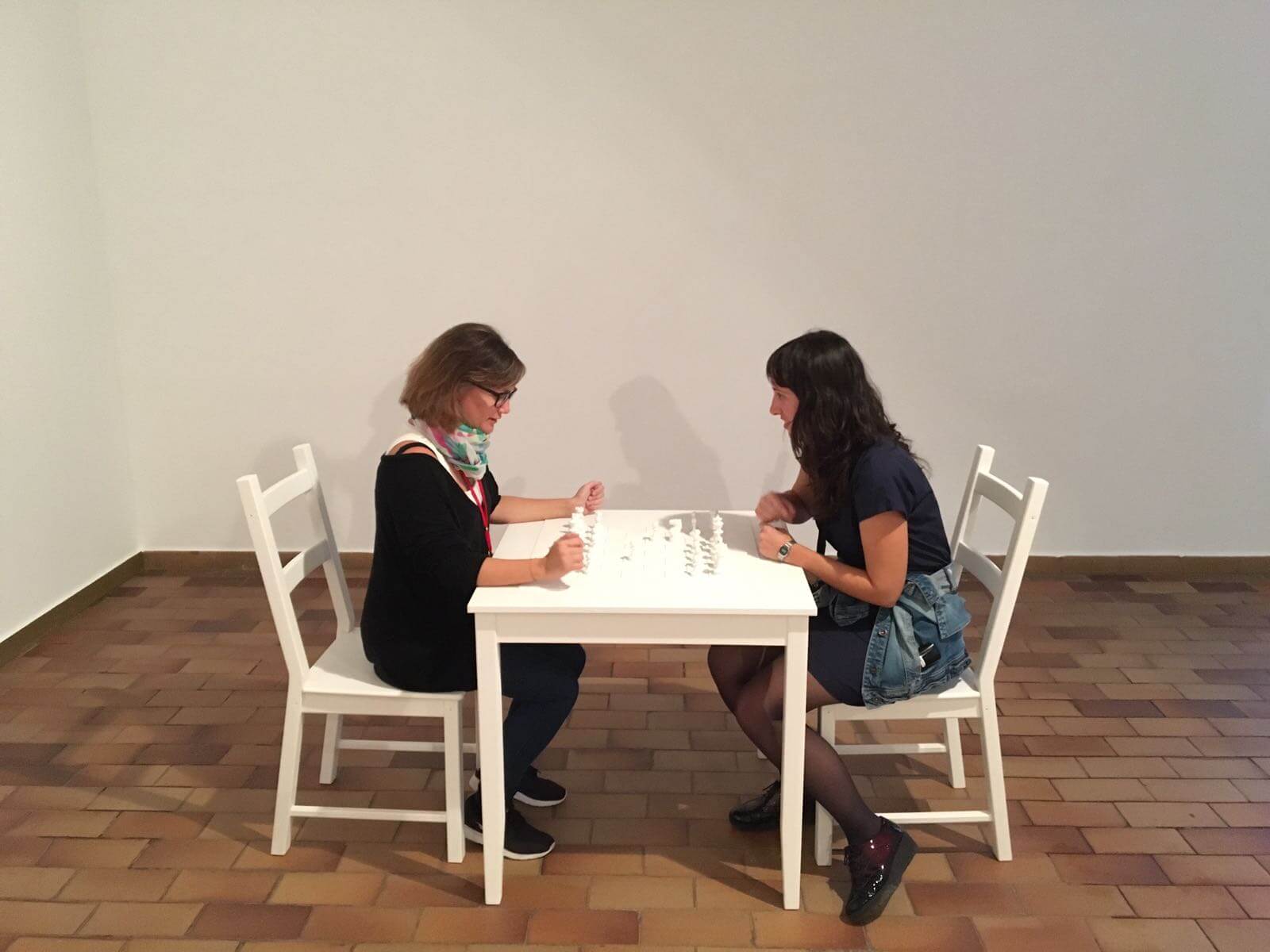 Comment for the image: Yoko Ono created this concept for an all-white chess set. With one single colour for all the pieces, the only way to play is fully trusting one’s opponent. The set can be reproduced wherever one wishes to show it. Although it is a somewhat conceptual piece, it has a striking physical presence and a performative quality as it invites the viewer to play.