In the 1990s, the French critic and curator Nicolas Bourriaud laid the groundwork for the concept of relational art in his essay Esthétique relationnelle (Les presses du réelle, 1998). According to Bourriaud, the work of art is now presented ‘as a “duration” that must be experienced, as an invitation to unlimited dialogue.’

Following this approach, which emphasizes the viewer’s relationship to the art object, Jordi J. Clavero, the head of the Fundació Joan Miró’s Education Department, considers the concept of a work of art and its constant mutation as it is experienced first-hand by each one of its viewers. 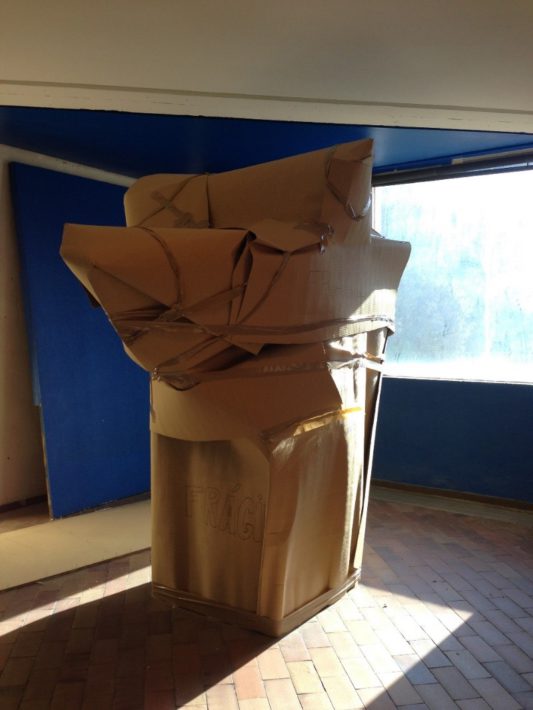 A work of art is hence the unique, unrepeatable experience, both infinitely arguable and impossible to replicate, of a non-transferrable, subjective mutation.

A work of art is neither the body nor the scars of time imprinted or sensed on the body, but rather the inspection of those scars, a diagnosis with no testing, with no precision instruments. It is the circumstantial examination of recent wounds, not yet cauterized; the visual inspection, the naked-eye examination of the body.

A work that is not scrutinized is a useless, perplexed object.

– The seventeen Olmec colossal heads found in the Gulf of Mexico, buried during three thousand years. Astonished or melancholic, these faces continue to show the stupefied gazes of zombies. 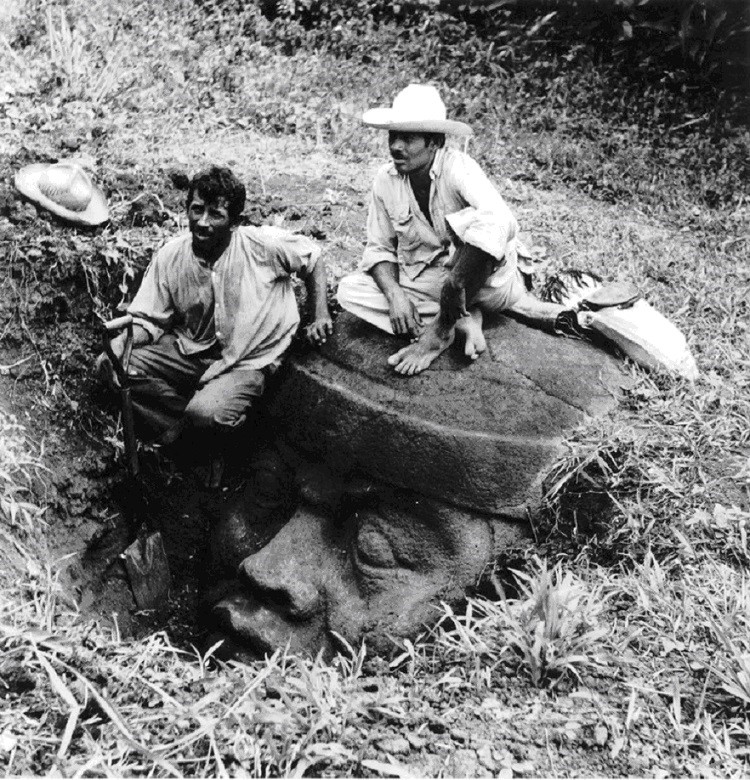 Source of the image

– A large part of Robert Walser’s 526 manuscripts – the microscripts – perpetrated in compressed crypto-calligraphy. ‘Like a timid escape from the public’s reach’ (a revealing explanation by his friend and guardian Carl Seelig), resist coming out of the coma induced by the author. 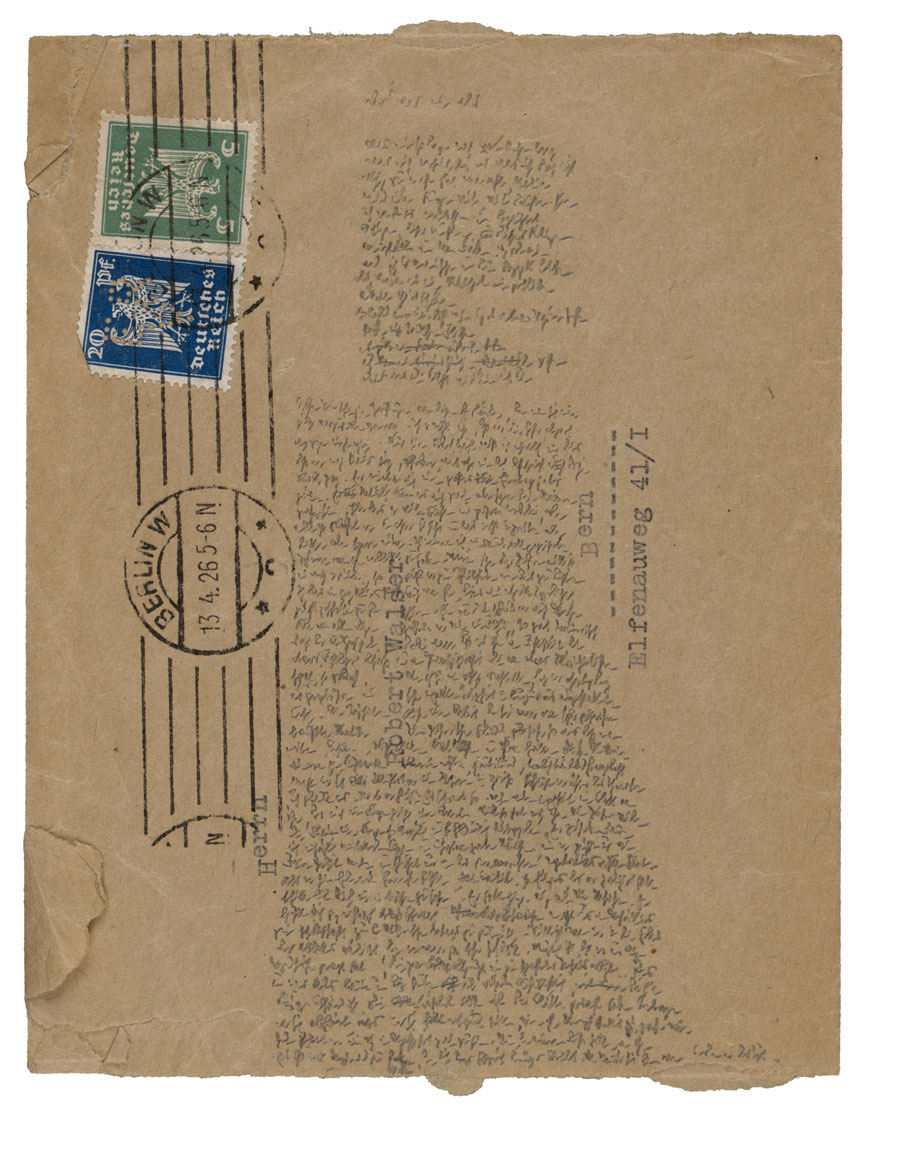 – The marine lethargy of the Riace Bronzes, their self-absorbed, ahistorical non-existence in the vast Mediterranean aquarium, at the mercy of the currents. Centuries of starvation have emaciated them.

– Nancy Holt’s Sun Tunnels, a set of huge cylindrical tubes placed in the midst of the Utah desert, stunned between winter and summer solstice.

– The solitary and perplexed works of four fellow artists which Daniel Silvo stole from galleries and, likening himself to the Tucson Samaritans, abandoned in remote locations near the US-Mexico border.

– The Aeneid that Virgil wanted to have cast into the flames, the one we all know (if we hadn’t known it) – the literary subject of Hermann Broch’s Der Tod des Vergil.

– Manuscripts and letters that Kafka ordered to be destroyed. Against his will, his most faithful friend Max Brod bequeathed them to the world, to a chain of generations of writer-readers and reader-writers. Resurrected works, works of art.

– Today, Richard Long’s A Ten Mile Walk England is a map: a substitute that provides information about the place and the distance covered by the hiker. The work is not, it does not exist: it is an illusion on a folding sheet that describes a measurable, civilized nature.

– Everything Osvaldo Lamborghini wrote after his success with El fiord. The author refused to publish anymore and thus denied his work the fundamental right to be admired, imagined, reviewed, reviled.

– 2010. Murals exhibition at the Fundació Joan Miró. Works applied directly to the walls by Paul Morrison, Brian Rea, and the Coopérative Féminine ‘Djida.’ On Sunday, 6 June, the last day of the show, a change of status was established: the walls were painted over, silenced. 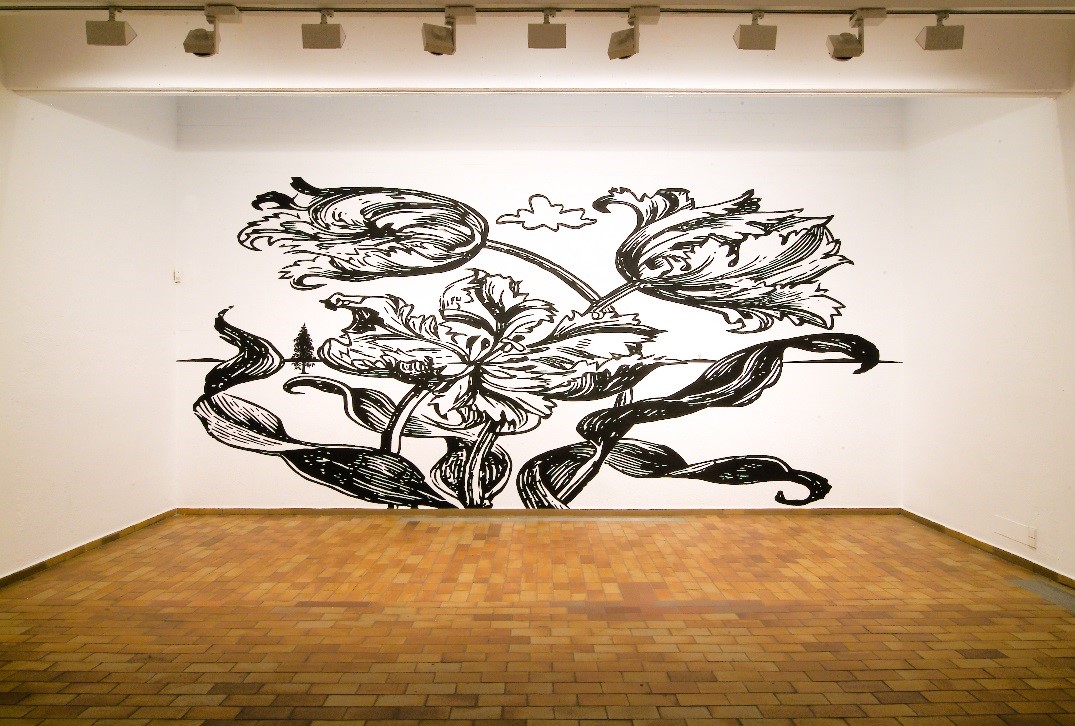 – There are photographs showing Zhan Wang during the careful but fleeting renovation of a crumbling building in Beijing. The last meal of the death-row inmate, the shrouding: the bulldozers tore down the building before the project was completed, before anyone could see the work, before it became a work of art.

– If the metonymy ‘the artist is the work of art’ is plausible, the Colombian writer Andrés Caicedo deprived creativity of its nourishment. His planned suicide put an end to the tyranny of the work of art and certified the triumph of the artist, of the man. His books Mi cuerpo es una celda and El libro negro have been ignored for thirty years.

– A time capsule conceived by Lúa Coderch and put together in collaboration with a group of high school students. Buried in one of the gardens next to the Fundació Joan Miró, the work (the piece, the chest) will lie fallow for twenty years. Time, suspended underground: a time coffin. Two decades from now, it will emerge and be something. The perplexed gazes of those witnessing the disinterment will be mirrored in the perplexity of the thing, an amalgam of objects from an outdated technology. Neo-vintage objects or the components of a rediscovered work of art. The nostalgia of captivity or the calculated moment when the work of art will be such again.