Fifty years ago this May, the exhibition Miró, the Other was held at the Catalonia Architects’ Association (or COAC according to its Catalan acronym), the first exhibition of Joan Miró’s work to expound and demonstrate its militant facet.

In this blog, we reproduce an article by Cristian Cirici, published years ago in the “Traços” section of the e-magazine Carnet, which outlines the origins of the project. 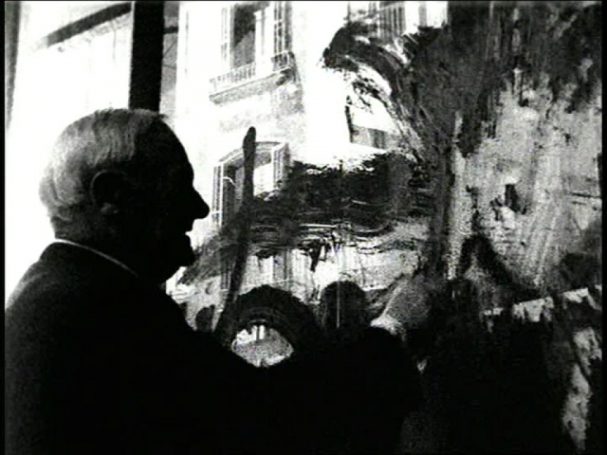 In late 1968, the architects and partners of Studio PER (Pep Bonet, Cristian Cirici, Lluís Clotet, and Oscar Tusquets)–a studio that had just celebrated its 27th anniversary–were asked by the Catalonia and Balearic Architects’ Association to draft an exhibition script and to mount an alternative exhibition at its headquarters to the retrospective organized by Barcelona City Council in the Gothic setting of the former Hospital de la Santa Creu. We entitled our counter exhibition ORIM, the Other (Miró’s name written backwards). 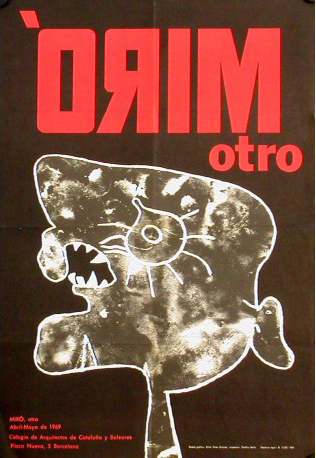 Poster and programme of Miró, otro, 1969

Despite the difficulties in relations with the outside world that the Franco dictatorship represented, we felt very close to the May ’68 events that were unfolding in Paris. Barcelona back then was more cosmopolitan than the present city–whose personality is being eroded as its success as a tourist destination grows–, and we have unforgettable memories of the months that were spent working on the project, with the guidance of Joan Brossa, Alexandre Cirici, Pere Portabella, Joan Prats and Antoni Tàpies and, above all, with the collaboration of Joan Miró.

During a dinner at Reno, we outlined our script to Joan Miró, asked him to carry out the intervention to the ground floor windows of the Architects’ Association and we set a date to visit him in his Mallorca studio to choose some original paintings for the exhibition. Oscar Tusquets and I went to his studio. His house was rather kitsch. As we waited for him to come down from his bedroom, what I remember most about the living room is the goldfish bowl on a kind of indoor flower bed. He apologized and told us that the plot belonged to his wife, Pilar, who had an architect brother who had drawn up the plans as a gift. He immediately took us to his studio, a building that stood out for its architecture. It was a place heavily used by Miró, full of work in progress by the artist, magazine and newspaper cuttings, and different examples of primitive African art. We very impressed by the paintings on which he was working.

The idea behind the exhibition script was to divide the exhibition into two clearly differentiated areas, separated by the staircase that leads to the Picasso Room, which we planned to wall in on both sides to make a steep tunnel. The lower part of the exhibition would be devoted to Miró prior to the Spanish Civil War, and the upper part to his work after the war. The tunnel-like stairs between them would represent the dark period of the Civil War and a film would be screened there which Pere Portabella was commissioned with making. 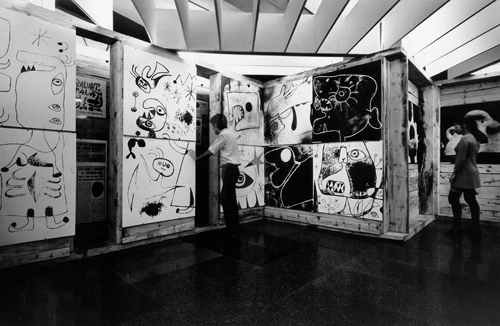 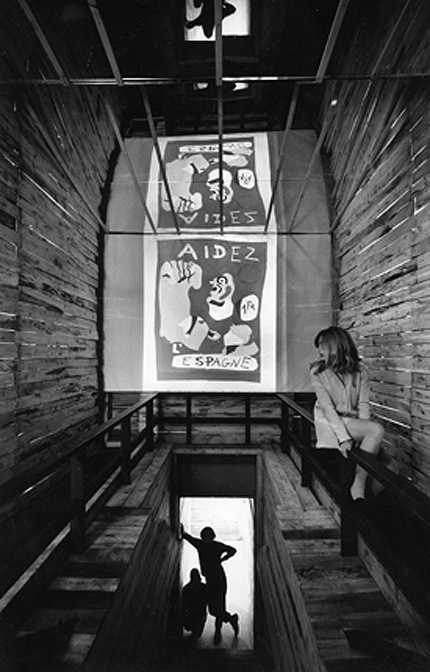 Rooms of the exhibition Miró, otro at COAC

We designed different areas and display cases for the paintings and objects on show, made of materials used to make formwork, donated by the building company we most admired back then, one which sadly no longer exists called Famadas, S.A.

As for the contents of the exhibition, although Miró, Prats, and Tàpies offered us original works from their private collections, we only used the ones with the strongest educational potential and the most rebellious undercurrent. We were not interested in major works, since these were featured at the big retrospective at Hospital de Santa Creu.

A large part of the exhibition consisted of a selection of enlarged photos of fragments of paintings featuring all Miró’s symbols: the female sex, represented by hairy genital labia or else priests going through a ring, as can be seen in prints from the Barcelona series. Our script also specified that Joan Miró should be asked to do an intervention to the windows surrounding the ground floor of the association’s headquarters in Plaça Nova. In the best of cases, we imagined that he would paint his signature, but his keen response was to suggest a mural in black and four other colours. Each of the scriptwriters was assigned a colour and Joan Miró reserved black for himself, applied with a broom to modify the colours that we had just painted. It denoted the same attitude–albeit on a large scale–as the Miró in his final stage as an artist who painted on anonymous paintings bought at provincial exhibitions. 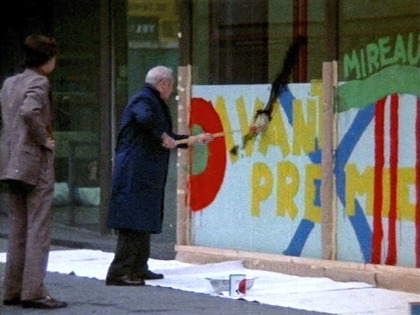 Sketch of the mural executed on the windows of the Architect’s Association of Catalonia (COAC) for the Miró, otro exhibition, 1969