The auca is a literary genre of humble proportions, yet deeply rooted in Catalan popular culture. “We must find poetry that moves us, there in the most modest of things”, said Miró. On the occasion of the project Beehave, and coinciding with the intervention La Grieta by Alfonso Borragán, Jordi Sunyer and Oriol Canosa have proposed The Ballad of El Clot de la Mel (‘Honey Hollow’), an auca with an informal tone that defends the importance of urban apiculture. 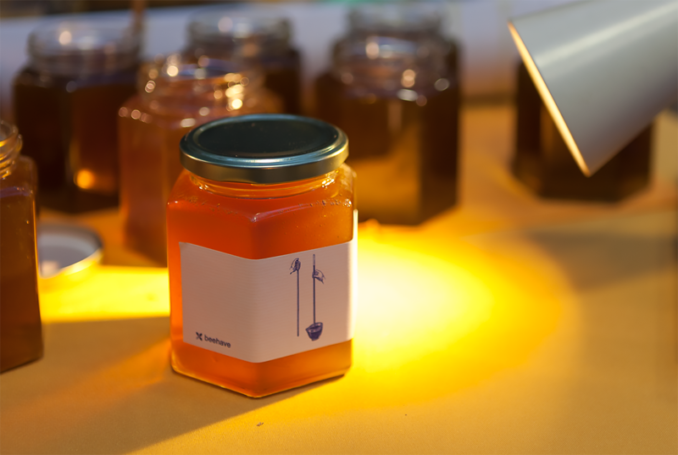 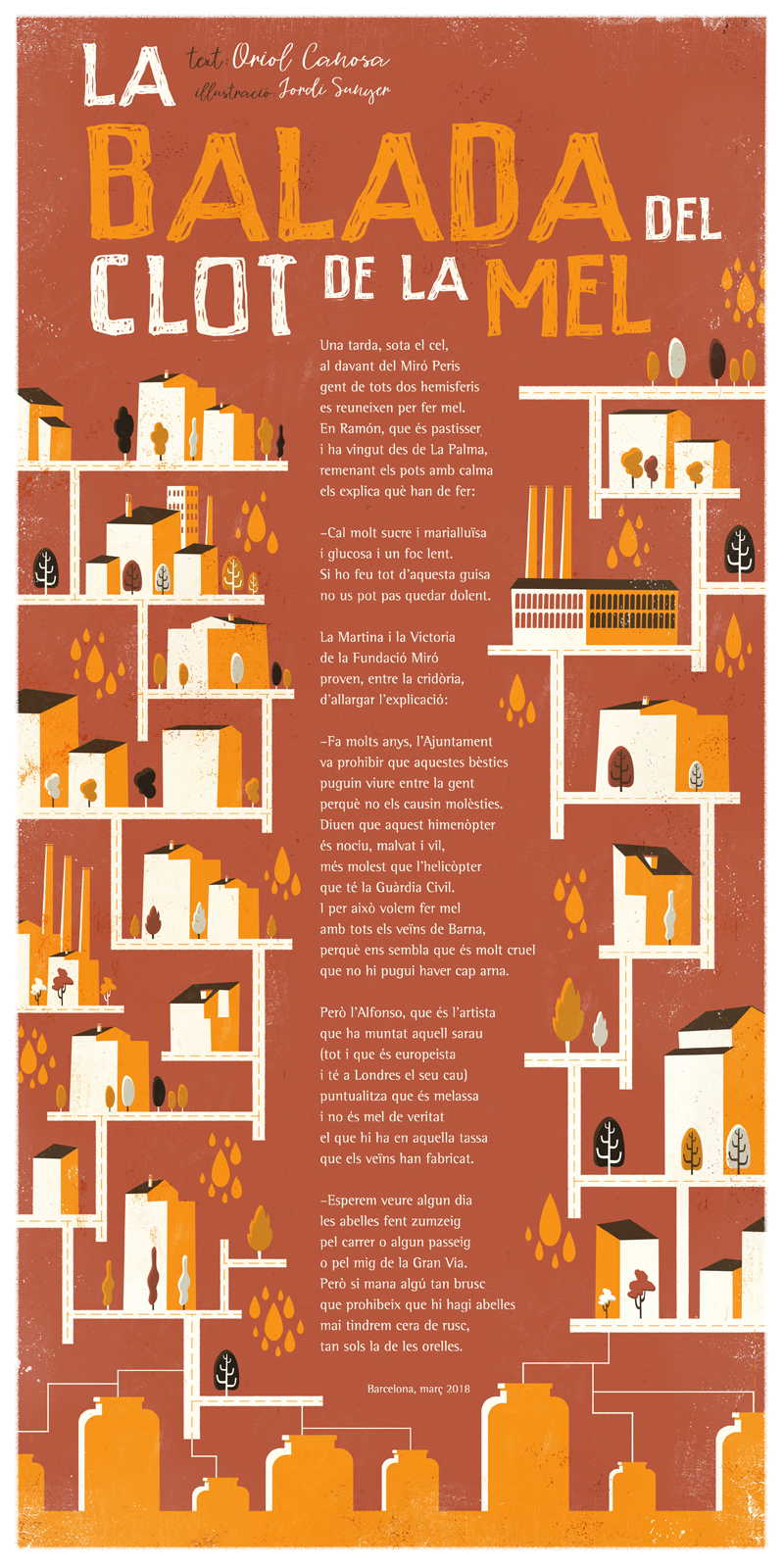 This afternoon, under the open sky
in front of Miró Peris
people from both hemispheres
have gathered to make honey.
Ramón, the pastry cook
has travelled from La Palma
and tells us how it’s done
as he stirs his pots serenely:

-Lots of sugar, lemon verbena,
and glucose simmered slowly.
If you follow the instructions
it can’t possibly go wrong.

Martina and Victoria
from the Fundació Miró
try, among the din
to tell us even more:

-Years ago, the City Council
banned these little creatures
from living here among us
so they wouldn’t be a bother.
They claim these hymenoptera
are harmful, mean and vile,
more annoying than the helicopter
of the Guardia Civil.

That’s why we’re making honey
with all the Barcelonans
because we think it’s very cruel
that they can’t keep any hives.
Now Alfonso, the artist
who has set up this affair
(although he’s pro-European
and living in London now)
says the stuff here in this cup
that the neighbours have cooked up
is a sweet syrup of sorts
and not real honey at all.

-We hope to someday see
the bees buzzing around
down the streets and avenues
or in the middle of the Gran Via.
And if whoever is in office then
is bent on banning bees
we won’t have wax from honeycombs;
we’ll only have it in our ears.