Like the force fields that keep particles together in atoms, the apparently distant connections between narratives and individuals sometimes converge in similar reflections. Such is the case of the random encounter of isolation, the main subject of the exhibition program The Possibility of an Island, with the thread of thoughts that Agustín Fernández Mallo subtly weaves in this new article for our blog.

Agustín Fernández Mallo, a physicist and writer based in Palma de Mallorca and the author of the Nocilla Dream, Nocilla Experience and Nocilla Lab trilogy, among other works, is part of the current contemporary literature and art scene. His latest novel has been published in Spanish as Trilogía de la guerra. 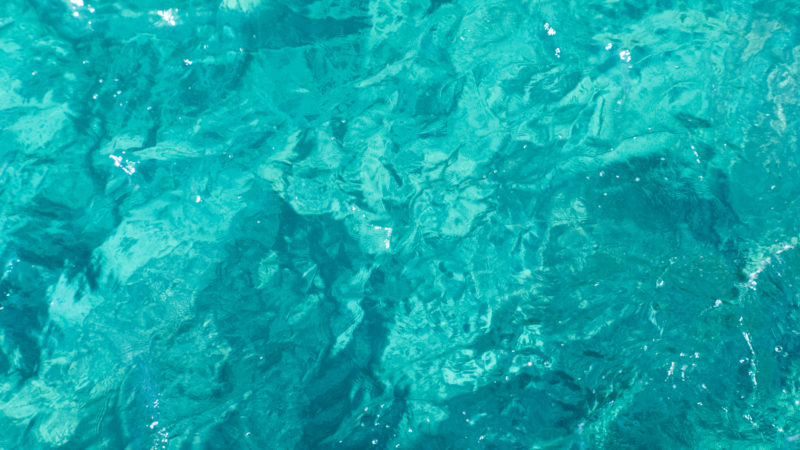 Still from ‘The Odyssey,’ by Bárbara Sánchez Barroso © Courtesy of the artist

The Possibility of an Island: a marvellous, evocative title, because it immediately leads us to consider the pertinence of its opposite­ – the impossibility of an island.

Archipelago (definition): ‘a group of islands joined by that which separates them.’ Indeed, imagining an island immediately leads us to its impossibility as an isolated territory, to thinking about all the things set out like archipelagos around us: the networks of objects and their socio-economic links, the force fields that hold particles together in atoms, the nod of commiseration between individuals sitting in a bar where the music is so loud they can’t talk. It also leads us to think of memory – because memory is an ocean, memory is a link. Even the anchorite establishes connections with an imagined humankind so as not to drown in the isolated materiality of his own body. We are unable to picture completely separate objects or subjects. Granted, fragments of the world do exist; but that doesn’t mean they’re absolutely broken off from each other, because something completely fragmented cannot even be grasped by a conscious mind.

In the contemporary worldview, the impossibility of an island is apparent in the presence of networks. Until recently, we didn’t know that networks are the underlying structure – or at least one of the basic structures – of what we have chosen to call Reality. The Classics imagined a direct connection between an ant and its Creator; today, through a food web, we are aware of its connection to elephants. Other less ancient people believed the brain was made up of areas whose mirror was outside, in Nature, with which they barely interacted; ever since Ramón y Cajal drew a primitive, priceless map of the brain for us, we know that cerebral activity is made up of neurons connected through a network that never ceases to talk with the outside, and, furthermore, that it’s the same kind of network –the same mathematical topology– as many other networks, such as the Internet, for example. We also know that personal relationships between individuals in a modern –in other words, non-tribal– society are spontaneously organized not into a linear structure of sequential steps but rather into a fusion of social networks –be they physical or digital– and that the exchange of merchandise flowing across markets, both worldwide and local, has the same network topology as the food web mentioned earlier which links the ant to the elephant.

However, isolation is and continues to be endowed with appeal and prestige, especially through heroic figures and mythologies built by societies which at a given moment in history need to find an explanation for what can’t quite be understood. That is what happens in the two main foundational myths of the notion of the journey in Western culture: Ulysses in the Greek tradition and Moses in the Judeo-Christian world. If you think of it, all major social revolutions have been built around supposedly misunderstood island-characters who have withdrawn into their own thoughts and actions only to emerge as true martyrs, radiating figures that constitute a narrative. In other words, they embody the never-isolated knot that binds reality to fiction: the trial and death sentence of Socrates  – that strange, purely verbal island in the history of thought – founded Greek philosophy; the trial and crucifixion of Jesus Christ led to Christianity; the sentencing of Galileo generated modern science; Nietzsche’s self-sacrifice and madness up until his death was a source of inspiration, almost one hundred years later, for post-modern thought; David Thoreau’s radical isolation and his wild relationship with Nature opened a path toward a new worldview of the non-human world; Ludwig Wittgenstein, who built a cabin in an isolated fjord in Norway in 1914, retreating into philosophical thoughts in the midst of his bouts of violent depression— set off a shock wave of what we could call ‘thinking cabins’ which continues to be mythical today; the deaths of Joan of Arc and Marie Curie, both in the pursuit of their passions and professions, helped to lay the groundwork for a certain feminist consciousness whose echoes are still alive, embodied in countless anonymous advocates of equal civil rights –the young Malala Yousafzai comes to mind, gunned down for advocating Pakistani girls’ legal right to education. All of them are islands, yet would be barren without their surrounding archipelagos. That is why the myth of the island resonates in many opposing directions: as a form of punishment (isolation camp, Robinson Crusoe), or as a generous land (Garden of Eden, Treasure Island).

Isaac Newton managed to explain how the Earth and the Moon and apples and all things that have mass attract each other, and he called that attraction gravity, but he didn’t succeed in telling us exactly what gravity was, what that ‘thing’ that mediates between things is made of. For Newton, individual bodies were islands that communicated from a distance, much like a magician moves glasses with his gaze. Not until many centuries later did we come across the contemporary concept of force fields, those by no means magical things which, like the ocean water in an archipelago, connects the Earth with the Moon and with all bodies with mass. Ever since then, the world has no longer been a sequence of individual objects. That is how basic science now reacts to the image of a reality which, although fragmented, functions thanks to the continuous travel and exchange between its different individualities. Think of a beach in the summer; thousands of bodies lying in the sun make up a strange network. They look like an ‘association without interaction’, unknown bodies which, without exchanging a word or planning to meet, gather in a very specific place to not interact, yet there isn’t isolation; they’re bound together by the same heat that spreads under their bodies through the layer of sand.

I mentioned social networks –both physical and online– but the largest social network that has ever existed or will exist is that which binds the living to the dead. That is the most radical rebuttal of the possibility of an island. We make up an archipelago, half ghostly and half bodily, in which the dead are never altogether dead and the living are not entirely alive either. The question is the impossibility of living without memory, without the memory that the dead constantly communicate to us. The superiority of memory over History is that the former can only occur in the first person, but that first person never travels alone; the entire archipelago of the dead walks along in its company, with the sole intention of giving life to that person, making it present and leading it on into the future.

Original version by the author in Spanish
Translated by Deborah Bonner