We look back to an article that the art critic Arnau Puig wrote for the Fundació Joan Miró several years ago and that continues to be relevant today. It is a look at the body and art with no boundaries, which ties into the recent proposal of a tour of the Joan Miró Collection from a queer perspective 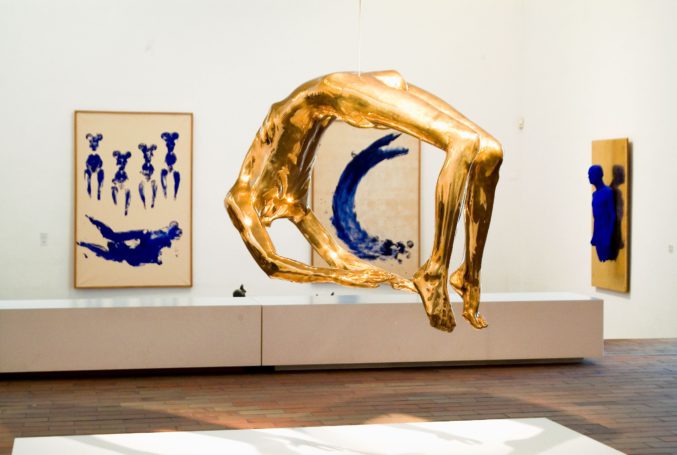 Following Platonic theory, Michelangelo once said that the body emerges complete and fully defined, with no shadows or distortions, shaped and built from the sea’s waters or from the mist of the sky. He probably regretted such an ideal proposal when, while sculpting one of his pietàs, he noticed that the bodies seemed disfigured, yet more real than ever. And there we find two opposing concepts of what constitutes a representation of the human body: is art supposed to show us that which does not exist, or is its purpose to present the passionate forms that bodies actually offer? (Who can forget the screams that art has rendered?) In this world we live in, bodies take on the forms of our passions, the forms we love or hate, the ones that rage distorts or ravings sharpen. Bodies shape our passionate gut feelings in response to our fellow humans. In his Metamorphoses, Ovid found his own way of conveying this notion with highly detailed formalisms. 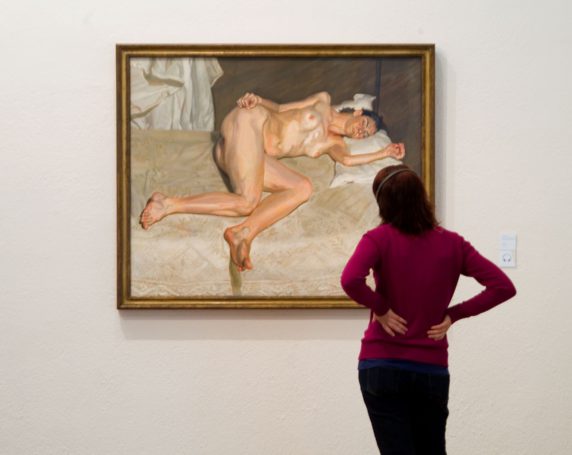 That was what artists realized after they overcame all the constrictive idealisms that sought to convey the false image of a human body free of passions. Classical mythologies had turned them into swans, bulls, centaurs, eagles and phoenixes; an unusual and real way of showing the urges and outbursts of feelings and emotions.

The artists of the nineteenth century, and even more so those of the twentieth, cast formal unrealities aside and began to show us bodies in their real presence – that is, in their psychic and sentimental dimension. Manet shows us the body’s flesh in the colour we desire; Schiele elicits the repulsion and the attraction of what we know to be a real body; Miró, on the other hand, offers us the impetuous yet terrifying material reality of bodies in amorous coupling, with all their concavities and protrusions, much as Picasso had done, from the burning embrace of desire or from the jagged saw of a body-devouring mouth. Duchamp, identifying flesh and sex in terms of passion, leaves us with the despair of unfulfilled longings in his Étant donnés. 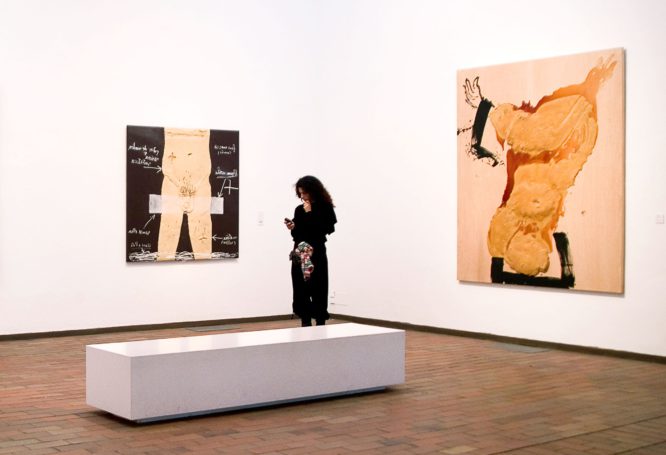 The woman’s body is that which, in the realm of art, has lost its objectivity in modern times, much though design, for its part, may have recovered it through some dark, lustful effectiveness, formerly camouflaged and now clearly exposed. Yet that is not the female body that contemporary art has recovered, but rather – jointly with its male counterpart – the body made of lies, dissatisfactions, beauties, prostitutions and languors, bodies whose forms have no boundaries because they are blurred in Bacon or unravelled and flattened out as tentacles in de Kooning, where colours lose their acidity and appear sweeter, as in a jewellery shop window. Neither can we overlook the beatific, naïve, flat, frayed presence of Chagall, nor the shattered debris of Dubuffet. Nor Tàpies’ fragmented, outlandish and morbid votive offerings or Saura’s cadaverous puppets. Not to mention that the body is also the immoral, decaying political entity bequeathed to us by Dix.
The diaphanous bodily presence of the idea lost its boundaries when art delved into the reality of the courage and anger of life. Shapes dissolved into the colours of passions, and lines became arrows that hide in vagueness or steep in hopeless disaster. Or the soft flesh captured by Maillol is divided up, in Moore, into small mounds, affable yet inaccessible.