Aside from a major health crisis, Covid-19 has brought about a socio-economic and cultural shakeup that has raised questions about the viability of many projects and driven us to make decisions that are necessary to face the challenges of the future.

The ongoing barrage of online resources and contents has only precipitated an upcoming trend: the blurring of boundaries between domestic and public space. Co-workers and fellow students have slipped into our homes through our screens, and our options for entertainment and learning have expanded beyond their previous physical boundaries. Museums, art centres, auditoriums and theatres are no exception: even while they were closed, cultural venues opened up and revealed their inner workings. Now the challenge will be to offer a differential value between physical spaces and digital channels. 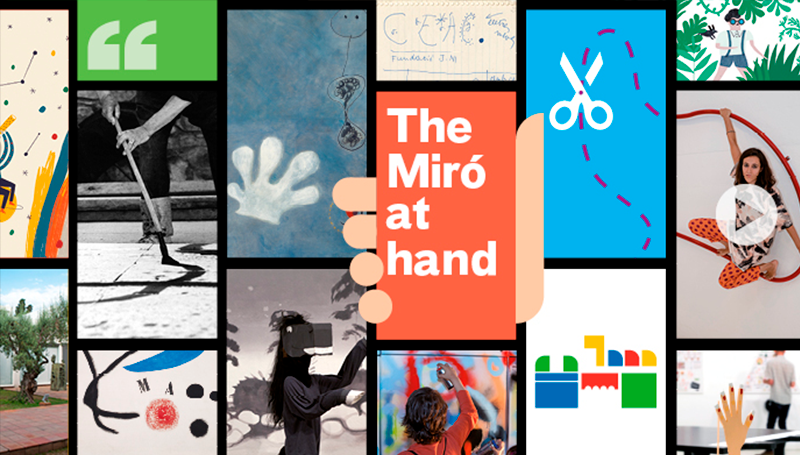 At the Fundació Joan Miró, lockdown took us by surprise – just as it did for everyone. With much uncertainty and in a matter of days, the museum offered its online visitors a series of resources (some existing and others new) which, under the title Miró at Home, continued to pursue our mission: to promote knowledge and understanding of the works of Joan Miró and other artists of the twentieth and twenty-first centuries.

When initial lockdown finally ended and we were able to reopen in June, it was a symbolic moment for the Fundació in which to not only reconnect with its public, but also recover one of the main focuses of its programming: the relationship between art and nature, an encounter that many knew how to appreciate, gathering along the paths that lead to the Fundació. Art and nature became an emotional haven for our urge to explore after having been pent up for so long. During that time, social media understandably filled with photographs of flowers, trees, and +unbridled nature that invaded the spaces reserved for pieces of art. Art and nature merged generously to offer visitors solace amidst so much uncertainty.

Following these months of reflection and challenges, the Fundació aims to continue offering this space for wellbeing and emotional relief to its visitors. Residents of Barcelona and citizens from all over the country have answered the desperate cry of art and culture. The impact and scope of online media have been significant, and the number of local visitors has increased. That means that art and culture are not only present on museum walls and theatre stages, but also in homes, on tablets, on balconies and in cell phones. For quite some time, art has been jumping out of the frame and seeking new supports and new languages of expression.

This complicated year is coming to a close, and without knowing what scenario lies ahead, we want to continue growing and be that museum that opens up to the world. That is why the the Fundació is proposing a new project, The Miró at Hand – a set of resources presented as little capsules to inspire, foster creativity and bring us closer to the art of Joan Miró.

The Miró at Hand seeks to reduce the excessive mystification of museums by adopting the nickname that our public uses to refer to the Fundació Joan Miró (“the Miró”), while also making a set of resources available so that everyone can have them close at hand, anywhere and anytime. The social, economic, and health crisis caused by Covid-19 has driven cultural institutions and organizations to speed up decisions and pursue changes that had been latent until now, such as the resignification of museum spaces. The Miró goes beyond the white walls of the museum and expands through a variety of online channels and physical spaces as well. The contents revolve around the Fundació’s core themes: Joan Miró, current art and architecture, and the environment. These capsules of inspiration and creativity have not simply been carried over from the physical contents; they have been conceived to continue paving the way towards an open museum in which spaces and boundaries between genres and disciplines are blurred. The Miró proposes an open, permeable, flexible, unfinished itinerary for playing, learning and finding inspiration. This second phase (the first began with Miró at Home) includes three proposals:

Performance and action art have always been a part of the Fundació’s programming. From the performances held at Espai 13 to the recent erasure of Nalini Malani’s drawings, action, the body and voice have been a reflection not only of the evolution of artistic language, but also of Miró’s desire for all expressions of art to have their place at the Fundació. Art and action looks back upon the actions carried out at the Miró over the years, seeking a diachronic view that puts the evolution of the genre in perspective. In our most recent instance of performance art, Nalini Malani does not have her drawings erased to make them disappear, but rather, paradoxically, to have them all the more vividly preserved in our memories by adding layers of meaning through the strong connection that emerges between the artist and the person erasing the works. Art is constantly shifting and evolving, not only through the idiosyncrasy of artistic language, but also because of time and the moment of perception.

A series of proposals aimed at stimulating creativity for families, in keeping with the same notions of learning, discovery and exploration that are applied to the physical spaces in the Fundació in the area of public programming. Online Families includes two components: Miró in Play, a set of collectible resources to use at home, and Creative Families, an activity that focuses on playing and creating with the textures around us.

Last but not least, My Miró is a compilation of recordings by more or less anonymous individuals who provide their personal interpretation of a piece by Miró. My Miró anticipates and summarizes everything we would like to convey for a more inspiring future: art has no meaning without a viewer, and the museum, as a mediator, can only give clues for interpretation, small footnotes to support or elicit the spectator’s curiosity. In My Miró, each participant appropriates a work and talks about it without academic or formalist prejudices, but leading it into the personal realm. 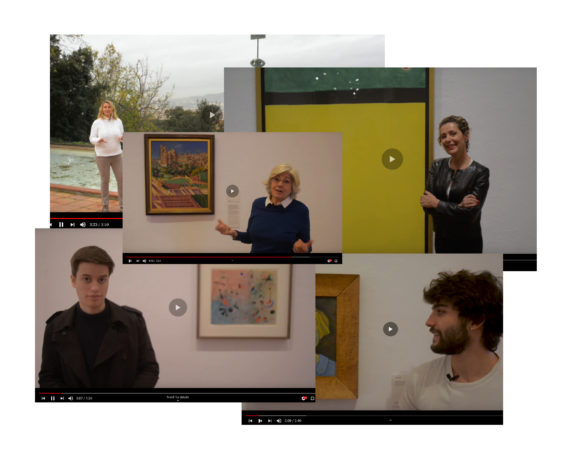 In fact, this activity summarizes the Fundació’s approach to art: there is no single way of exploring a museum, a work of art or a performance – each one of us seeks or finds questions and answers that are shaped by our personal interests and affinities. When the Fundació was created according to a specific idea almost fifty years ago, Miró and Sert devised an open space, not only in the physical sense, with its openings and lines pointing clearly towards a connection between inside and out, but also in conceptual terms. Long before the debates of the late 1980s about the need to include auditoriums and cafés in museums, Sert and Miró had already envisioned these multifunctional areas that invited visitors to find an art space tailored to their needs – to find their Miró museum.