In 1937, Miró began a self-portrait, which he rigorously executed with fine details of every element of his face. The self-portrait became a mirror of Miró's inner reality, but he also incorporated natural elements from the landscape and astral elements that speak of his desire to merge with the universe. In 1938, the artist commissioned a copy of this self-portrait that he did not retrieve until 1960, when he decided to revise it. With thick, fast brushstrokes, he simplified that turbulent, flaming face, which already announced a process of transformation. Basic shapes of a generic and universal nature followed on from the particular, specific, identifiable face. The calligraphy of the line of the first drawing evolved toward a spontaneous gesture. Extreme simplification, a synthesis and process of symbolisation of the elements. The importance of the eyes, as a reflection of this attentive, overall observation of utmost consciousness, and the red encircling the detail of the previous drawing, showing this vision at different levels of depth. A connection of body and mind, the complementarity of yellow and lilac, and the fusion of micro and macro (inner and outer landscape), again following the principle of opposites. All of Miró's work allows different readings and it is in these interpretations that the richness of an artwork lies. 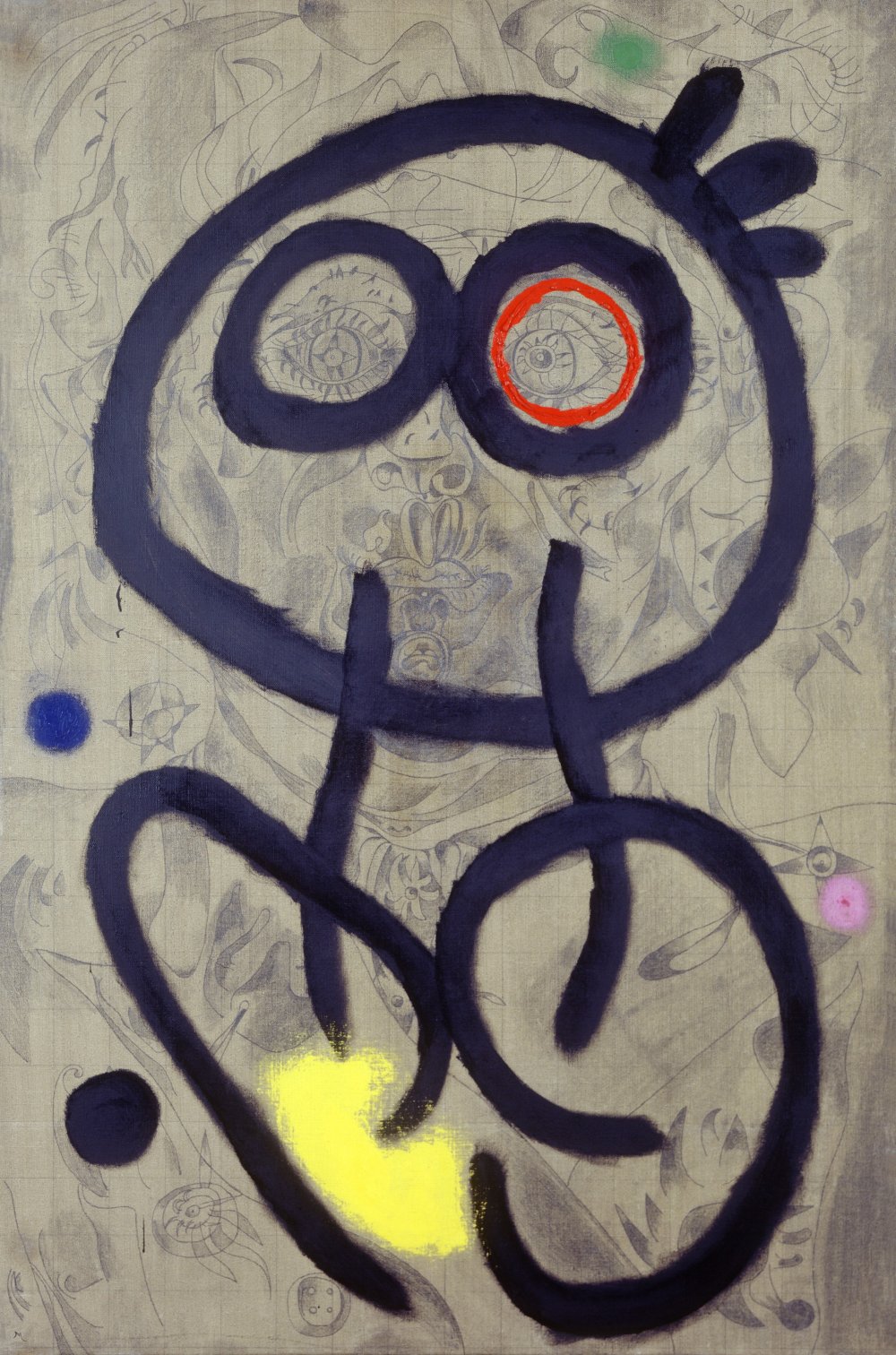 Iyengar yoga. This variety of Hatha yoga aims to unite the body, mind and spirit to achieve health and well-being. 'Yoga is like music: The rhythm of the body, the melody of the mind and the harmony of the soul,' said its founder, B.K.S. Iyengar. As in the first version of the Self-Portrait (1937), Iyengar yoga places emphasis on detail and technical precision. Time and constancy favour the definition of the asana and allow for constant revision. Miró also needed a long time to arrive at the definitive work of 1960, which can currently be seen at the Fundació, and which shows a synthetic yet expressively powerful language.

Flavia Chini is a teacher certified by the Spanish Iyengar Yoga Association, with a qualification recognised by the Ramamani Iyengar Memorial Yoga Institute (RIMYI, Pune, India). She currently teaches at the Centre de Yoga Iyengar Barcelona-Verdi.