The main purpose of the Jacques Dupin Library and Documentation Centre is to acquire, conserve and publicise documents relating to Joan Miró and his work. It also holds a large collection of publications and audiovisual materials on 20th- and 21st-century art.

The Josep Lluís Sert Archive, named after the architect and friend of Joan Miró, is also housed in a room attached to the library.

These materials are available to researchers, students, art professionals and all those interested in art in general. The library also assists the Fundació Joan Miró in carrying out research and mounting exhibitions.

Since 2013 the library has been known as the Jacques Dupin Library in tribute to this acclaimed poet, who was also Miró’s friend and biographer and a member of the Fundació Joan Miró Board of Trustees. His publications also include numerous monographs on Miró and the catalogue raisonné of his paintings.

A project for the renovation of the Library has been developed in 2021 and 2022 with the support of Diputació de Barcelona and Generalitat de Catalunya.

The Jacques Dupin Library was formed from part of the monographs, exhibition catalogues and journals from Joan Miró’s private library which the artist donated in 1976. Together with publications on Miró that the library has compiled and acquired over the years, these materials constitute an essential documentary archive for the study of Miró’s work.

The library has an extensive collection of monographs, exhibition catalogues, press cuttings and journals, audiovisual media and databases on Miró and his work, from the start of the artist’s career up to the present day. 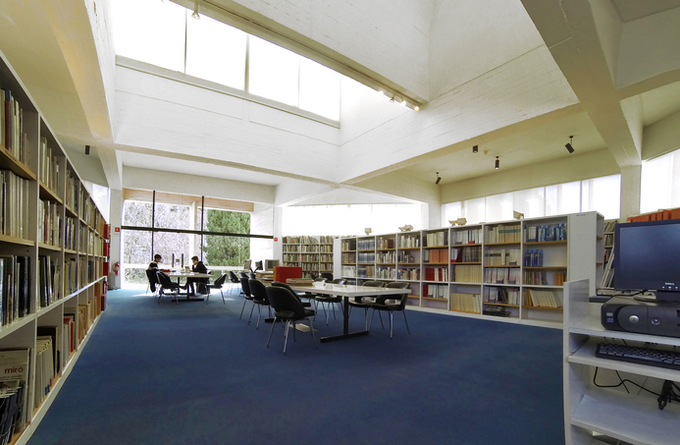 In 1976 Joan Miró donated part of his private library to the Fundació Joan Miró. This essentially artistic collection is made up of monographs, exhibition catalogues and journals. It also includes key works on the artist dating from 1918 to 1976 that the library has subsequently acquired. Joan Miró also donated part of his collection of literature on artists and artistic movements that he had acquired over the years.

In 2007 Joan Miró’s family permanently loaned the Fundació Joan Miró the remaining part of the private library that the artist had kept while he was still alive. Together with the 1976 donation, this material offers researchers the chance to explore Joan Miró’s poetic world through a range of books, chiefly universal literature in Catalan, French and Spanish. It also includes books suggested to Miró by young avant-garde writers and literati whom he met during his early years in Paris and other authors suggested by Breton and Aragon, two leading lights in the Surrealist group. Although the private library consists mainly of works of literature, there are also books on art, philosophy and psychoanalysis.

Researchers on Miró’s work can use this library to discover where his interests lay and what influenced him during his artistic career.

Joan Miró’s private library can be accessed through the library catalogue.

The library holds a large collection of documents on the architecture, temporary exhibitions, activities and history of the Fundació Joan Miró. A key resource for understanding how the institution took shape, it comprises numerous exhibition catalogues, monographs, press and magazine cuttings, posters, audiovisual media, educational material, leaflets, programmes and invitations, among others.

The Jacques Dupin Library and Documentation Centre at the Fundació Joan Miró also specialises in 20th- and 21st-century art.

It holds an extensive collections of documents from the early-20th-century avant-gardes to the most recent artistic trends on such subjects as painting, sculpture, installations, performance art, drawing, graphic art, design, architecture, town planning, video, photography, film, literature and art with new media, among others. It includes essential works on Surrealism, which had a major influence on Miró’s art.

Acquisitions by the library come from three sources: purchases, gifts and exchanges of exhibition catalogues with Spanish and overseas art centres.

Sketches, plans, correspondence and photographs of Josep Lluís Sert’s projects in Catalonia, Mallorca, Ibiza, France, the United States, South America and the Middle East; personal photographs and letters; and a collection of books and journals from his private library: 3,000 documents donated to the Fundació Joan Miró by Sert in 1982 and by his friend and collaborator Jaume Freixa in 2003.

This archive is kept in the Sert Room at the Fundació Joan Miró. It has been digitised and can be browsed on a database. 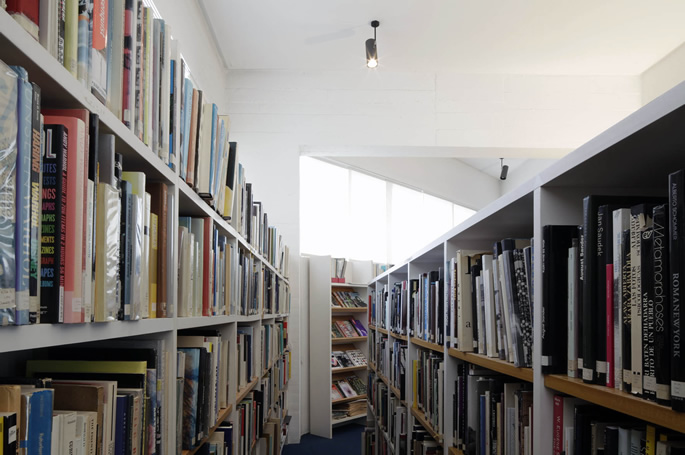 The Library and the Sert Archive will be temporarily closed.