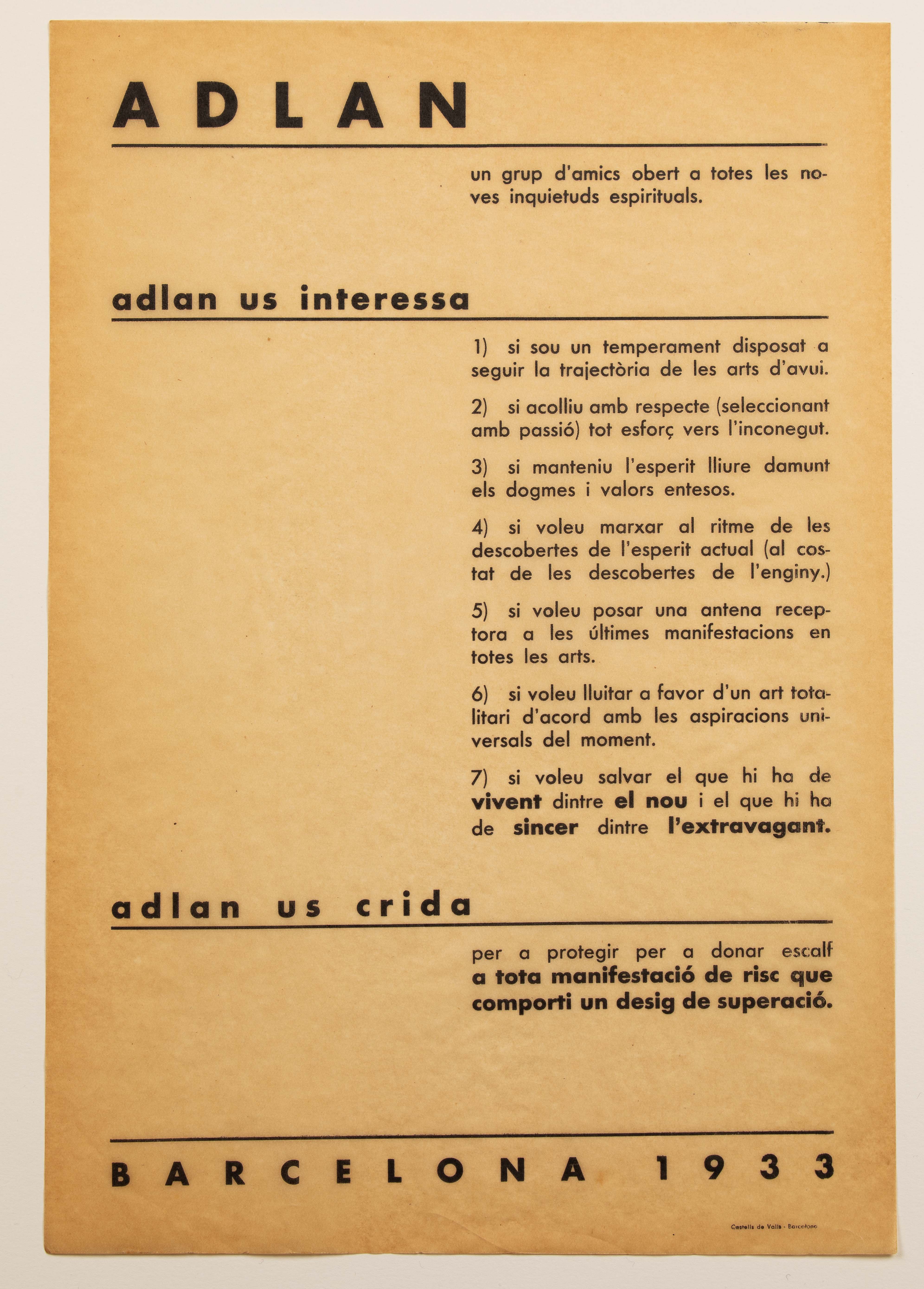 ADLAN was primarily a group of people who shared affinities with the art world, but also an association that was formally established with a set of bylaws and later issued a manifesto. In general, it remained a key player in the city’s art scene. 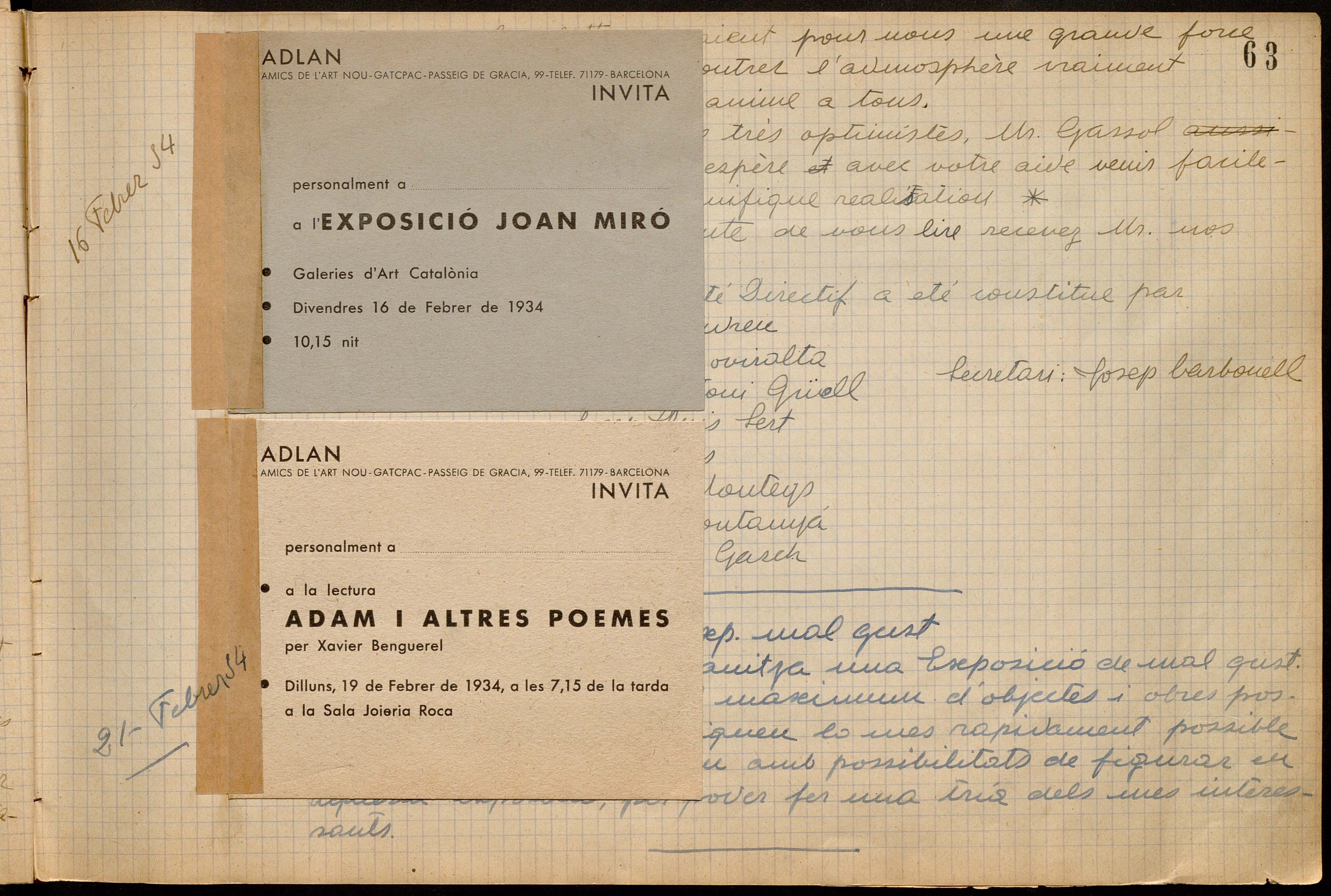 Cover and interior pages of ADLAN’s logbook known as the Gran Bazar París album, containing records of the meetings, correspondence, and details about the group’s organization, along with samples of its many invitation cards, catalogues, and other materials produced in connection with ADLAN’s activities. 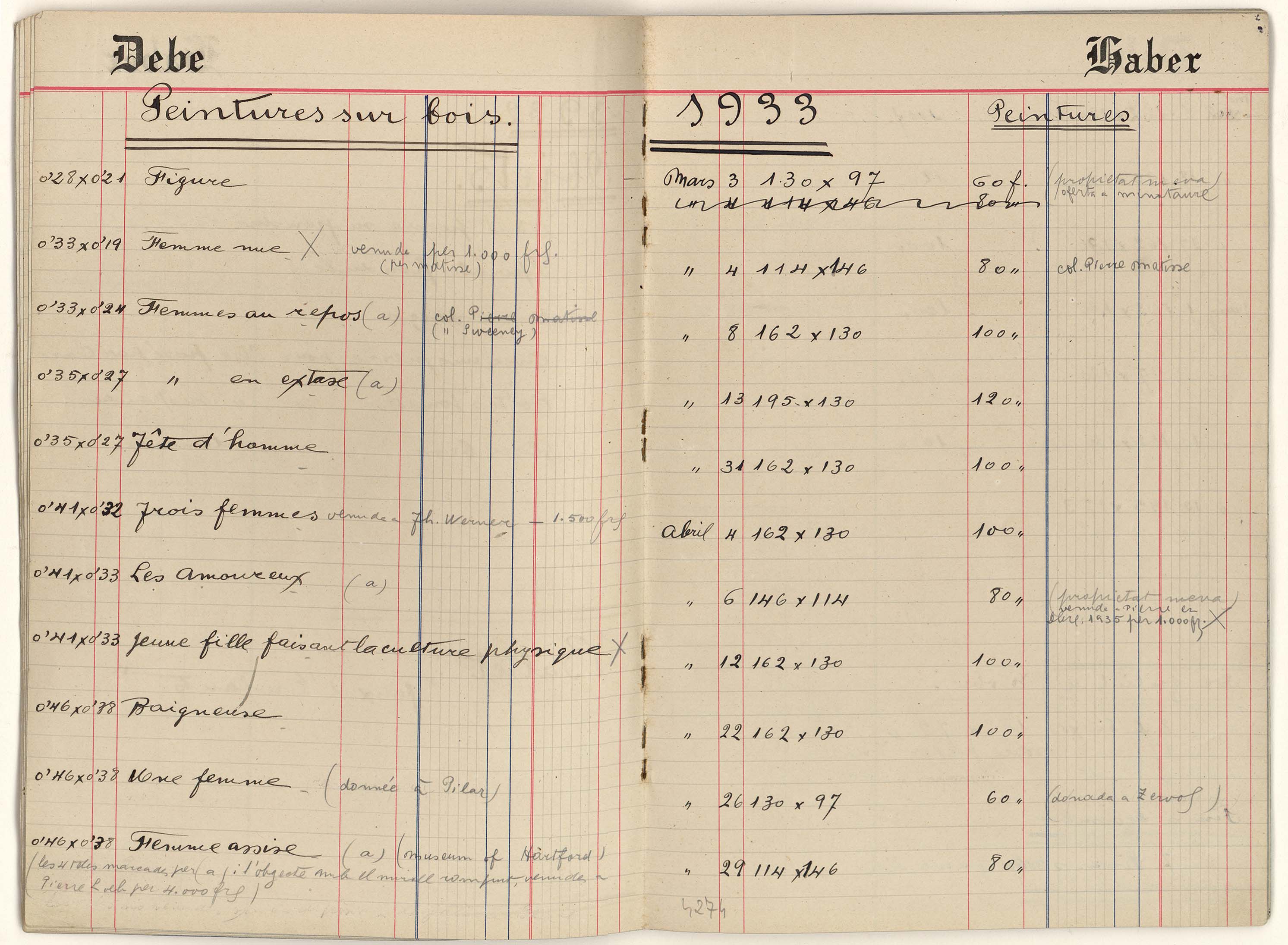 Cover and inside pages of the "Paintings and Pieces" logbook. Joan Miró, 1931-1945. Fundació Joan Miró, Barcelona

In 1931, Miró began a logbook with the titles, dates, and, in some cases, the name of the owner who had ended up with the piece. Keeping his drawings and notes was Miró’s way of inventorying his painting, and, at the same time, a reflection of his awareness of leaving a legacy behind. 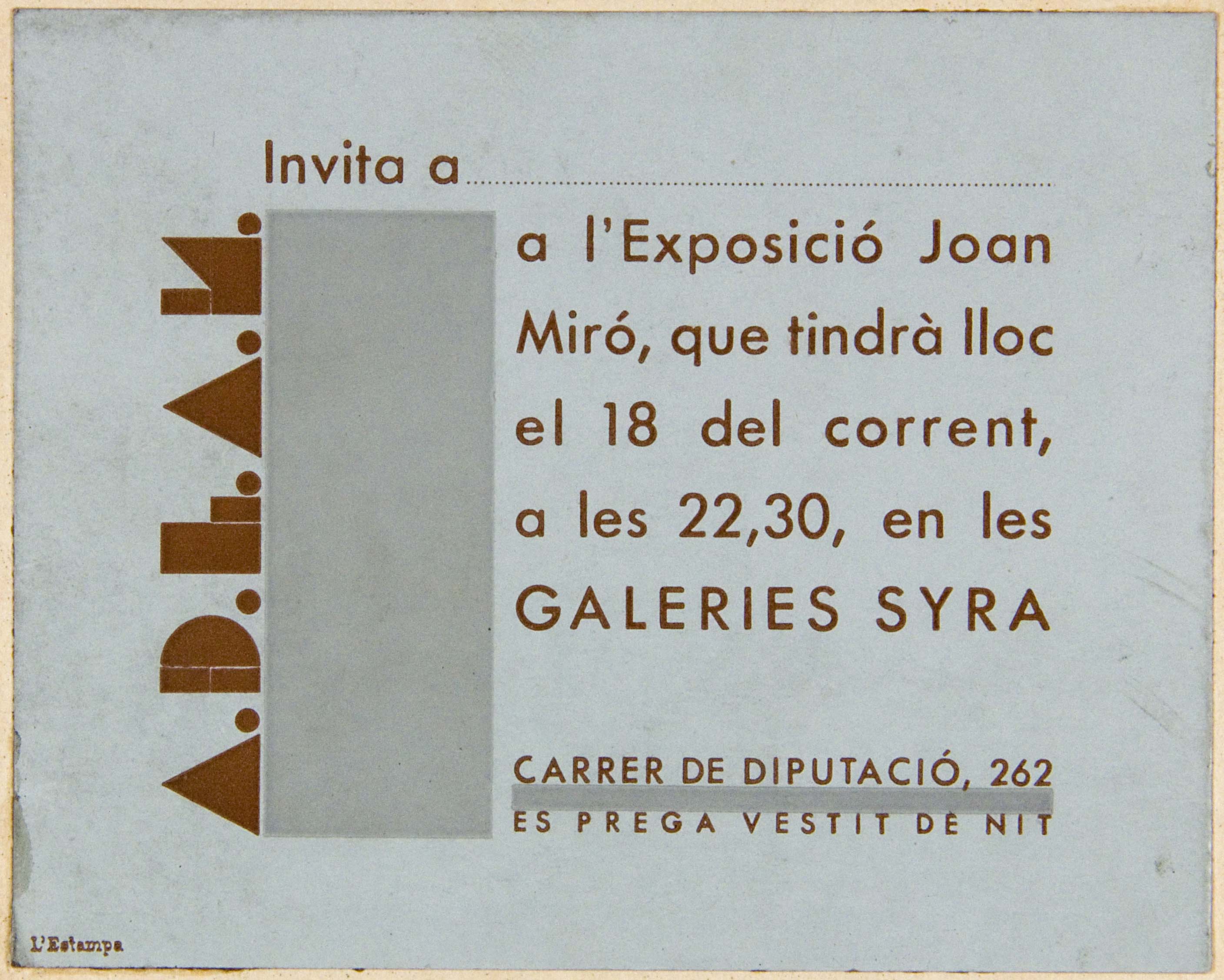 Private Invitation to the Joan Miró Exhibitions in Galleries Syra in 1932 and Galleries Catalonia in 1934. AHCOAC

The relationship between Miró and ADLAN gave rise to five exhibitions of the artist’s works in Barcelona during the Republic. These ephemeral events, open to ADLAN members only, provided Miró with a testing ground for the public’s reception of the works that would then travel on to Paris, London, or Zurich.

We are able to follow the fundamental role that ADLAN (Amics de l’Art Nou [Friends of New Art]) played in introducing modernity to Barcelona thanks to the AHCOAC (Arxiu Històric del Col·legi Oficial d’Arquitectes de Catalunya [Historical Archive of the Architects’ Association of Catalonia]), where a significant amount of extraordinary material has been preserved concerning the activities the group carried out from 1933 to 1936. There are albums, photographs, administrative records, and other items from an equally relevant category: what archivists refer to as ephemera - all the printed matter intended for immediate use, not for long-term conservation, such as invitations or posters.

The exhibition provides an overview of these records thanks to the collection held at AHCOAC and in other archives throughout the country -at the Fundació Joan Miró and the Arxiu Fotogràfic de Barcelona, among others. This page shows a small sample of the documents that you will find in the exhibition and in the catalogue. Almost all this material is part of the Gran Bazar París album -named after the brand of the notebook printed on the cover - which was put together by ADLAN secretary and treasurer Adelita Lobo, a key figure in preserving the group’s legacy.