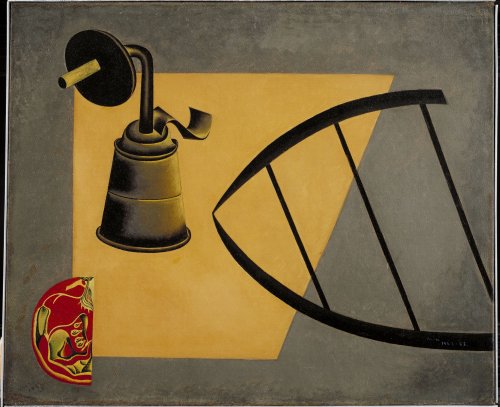 Curated by William Jeffett, Miró and the Object is the first exhibition to specifically explore the role of the object in the work of Joan Miró. It shows how Miró began with pictorial representation of objects, moved onto physically incorporating them in his works by means of collage and assemblage, and ended up exploring new techniques such as ceramics and sculpture. The exhibition, organised jointly by the Fundació Joan Miró and Obra Social "la Caixa" presents over a hundred works including paintings, ceramics and sculptures from major public and private collections in Europe and America, as well as a selection of original objects that Miró collected throughout his life.

To coincide with the exhibition, CaixaForum Madrid will host an international symposium focusing on Joan Miró and 20th century sculpture. The event is organised by the Càtedra Miró (Fundació Joan Miró / Universitat Oberta de Catalunya) and New York University Madrid, with the collaboration of Obra Social "la Caixa".