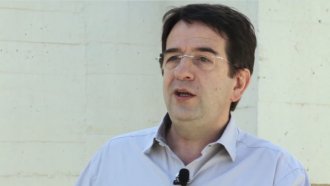 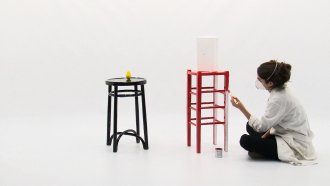 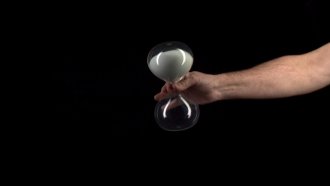 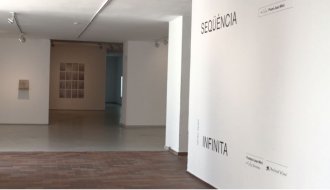 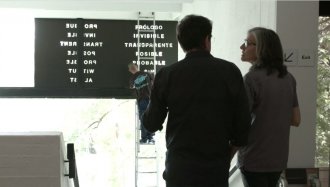 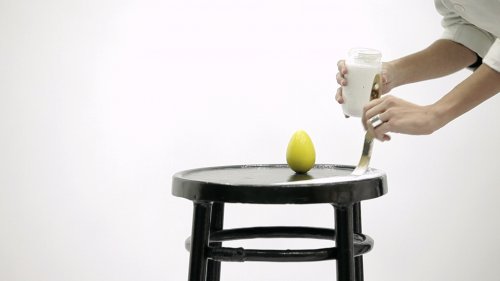 Curated by Martina Millà, head of Programme and Projects at Fundació Joan Miró, in close collaboration with the artist, the approach of the exhibition points to the idea of infinite continuity and open repetition, as suggested by the title.

Infinite Sequence, which moves away from the retrospective format, features a selection of nearly 40 works whose succession in the museum spaces offers the opportunity to trace key aspects of Aballí’s oeuvre, with the emphasis on his most recent projects.

Analysis of the structure of cinema and audiovisual language, as well as the artist’s growing interest in video technique, are some of the changes of direction to be observed in this project.

Of particular note among the fifteen new works are four video installations, the first of which opens the exhibition with seven simultaneous projections that address one of the artist’s main areas of investigation: time.

The video documentation of an intervention in one of Miró’s works, produced with the collaboration of Han Nefkens Foundation, serves as a vehicle for Aballí to elaborate on his ideas about painting and the visual arts.

The artist has also turned the process of refurbishing the new temporary rooms at the Foundation into a work in its own right; these rooms are opened for the first time with this exhibition, marking the completion of the project to reorganise the viewing space in honour of the 40th anniversary of the Foundation.

Ignasi Aballí was judged the winner of the 2015 Joan Miró Prize, an accolade awarded every two years by the Fundació Joan Miró and Obra Social "la Caixa". This prize, worth 70,000 euros, came with an invitation to exhibit his work in 2016.