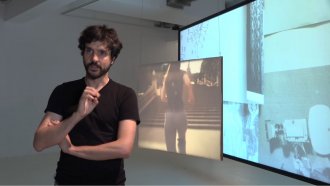 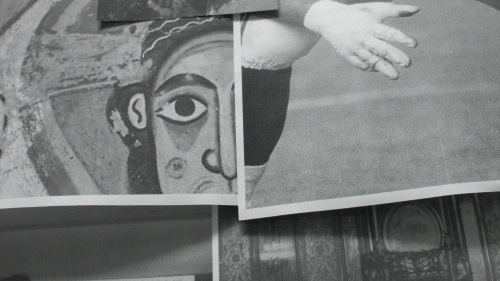 The Espai 13 of the Fundació Joan Miró presents Hot Iron, a project that considers the effects on the collective imagination of economic relations related to cultural imports and exports. The show weaves together the sale of Catalan Romanesque mural painting to American collectors at the beginning of the last century with the implantation of American football in Barcelona, about a century later. The exhibition uses a personal family photographic archive of Catalan Romanesque churches that has not been made public before. The result is an installation co-produced by Tabakalera, which also features in the programme of Festival Loop 2017.

Curated by Jordi Antas, the exhibition is part of the exhibition series One Foot Out: Expeditions and Diasporas, held at the Espai 13 of the Fundació Joan Miró for the 2016-2017 season. It has been organized with the collaboration of the Fundació Banc Sabadell. The series is a reflection on questions of pertinence, continuity and the rupture of the established model in the Barcelona art scene.