The president of the Fundació Joan Miró, Jaume Freixa, presents Marko Daniel as the new director of the institution 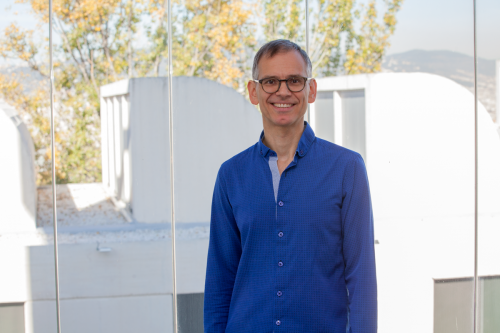 The president of the Fundació Joan Miró, Jaume Freixa, presents Marko Daniel as the new director of the institution

Currently head of public programmes at Tate Modern and Tate Britain, London, in 2018 Marko Daniel will take up his new position within the team at the Fundació Joan Miró, with the challenge of leading the institution’s journey toward its 50th anniversary.Daniel takes over the baton from Rosa Maria Malet, doyenne of Barcelona museum directors, on her retirement after 37 years as the head of the institution.

The spirit of Joan Miró’s work, deeply rooted in the local yet projected toward the universal, runs through Daniel’s programme, whose main objectives are to promote the collection as the cornerstone of the Foundation with new ways of presenting and disseminating it; to develop an exhibition programme committed to the public; to deploy public programmes that appeal to all the institution’s audiences; to strengthen and enrich its network of links, synergies and collaborations, as well as enhancing its role as a research centre on Miró and contemporary art.