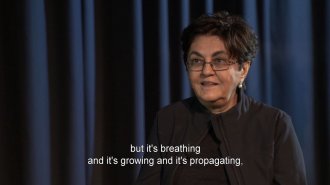 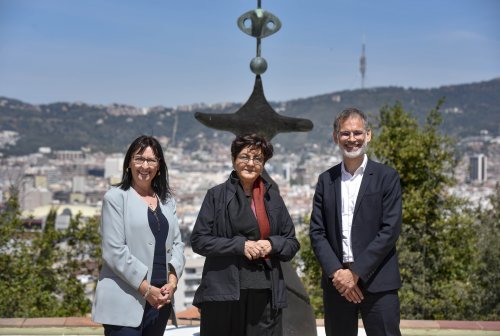 The Indian artist Nalini Malani is the winner of the seventh edition of the prize granted by the Fundació Joan Miró and the "la Caixa", one of the most prestigious and best-endowed contemporary art awards in the world. The jury acknowledged her longstanding commitment to the silenced and the dispossessed all over the world, most particularly women, through a complex artistic quest based on immersive installations and a personal iconography where a profound knowledge of ancient mythologies converges with a bold condemnation of contemporary injustices. "la Caixa" is providing the 70,000 euro award and covering production of the solo exhibition of Nalini Malani’s work scheduled for 2020 at the Fundació Joan Miró.

Marko Daniel, Director of the Fundació Joan Miró, and Elisa Durán, Deputy General Director of the "la Caixa" Foundation, have announced the winner of the 2019 Joan Miró Prize. Nalini Malani (Karachi, 1946) has been selected for this seventh edition of the prize, awarded every two years and whose past recipients have been Olafur Eliasson (2007), Pipilotti Rist (2009), Mona Hatoum (2011), Roni Horn (2013), Ignasi Aballí (2015) and Kader Attia (2017).