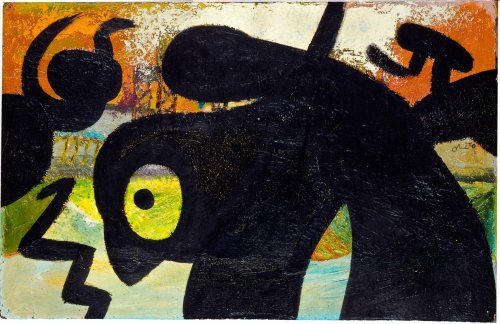 The Fundació Joan Miró organizes in Brazil the exhibition Joan Miró. A força da matéria, a show that brings together a total of 114 works by the artist.

Joan Miró. A força da matéria highlights the will of Miró of reaching the purity of art by exploring beyond conventional painting. The show illustrate the constant experimentation with techniques, media and different procedures that led him to the development of a new culture of matter.

Under the direction of Rosa Maria Malet, the Fundació Joan Miró in Barcelona organizes this exhibition, which has sixty-six works from its collection. The show includes paintings, drawings, sculptures and graphic works made between 1931 and 1981.

This is the first exhibition that the Fundació Joan Miró organizes in Brazil, and will be open from May 24 to August 16 at the Instituto Tomie Ohtake in São Paulo, and September 2 to November 14 at MASC - Museu de Arte Santa Catarina, in Florianópolis.