Enric Farrés Duran and Xavier Ristol share a studio in a garage in an industrial area of Sabadell. The interior is not fully finished and a partition wall divides the first floor into two equal halves, one for each artist.

Aldo Urbano and Tirso Orive Liarte overlapped stays at Hangar, one of the most established and iconic artist studio and production facilities in Barcelona, though they had both spent time in similar spaces, such as the Roca Umbert in Granollers and the Nau Estruch in Sabadell. 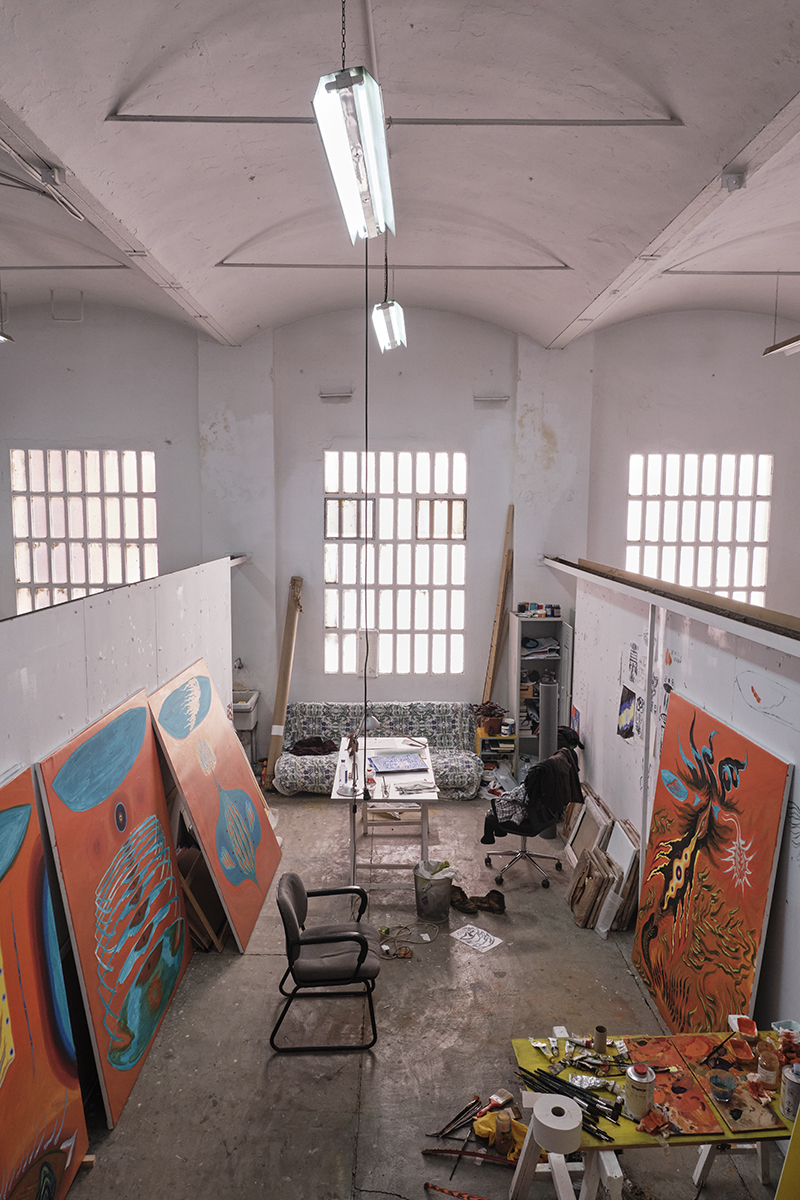 Sinéad Spelman is one of the founders of Halfhouse, situated in the La Verneda area of Barcelona. As well as a studio space run by the artists themselves, Halfhouse offers one-off residencies and mounts extremely interesting exhibition projects. Idoia Montón has a studio at Halfhouse - with just a wall separating hers from Spelman’s - after spending years painting at La Escocesa, another artist studio facility very close to Hangar in Poblenou. 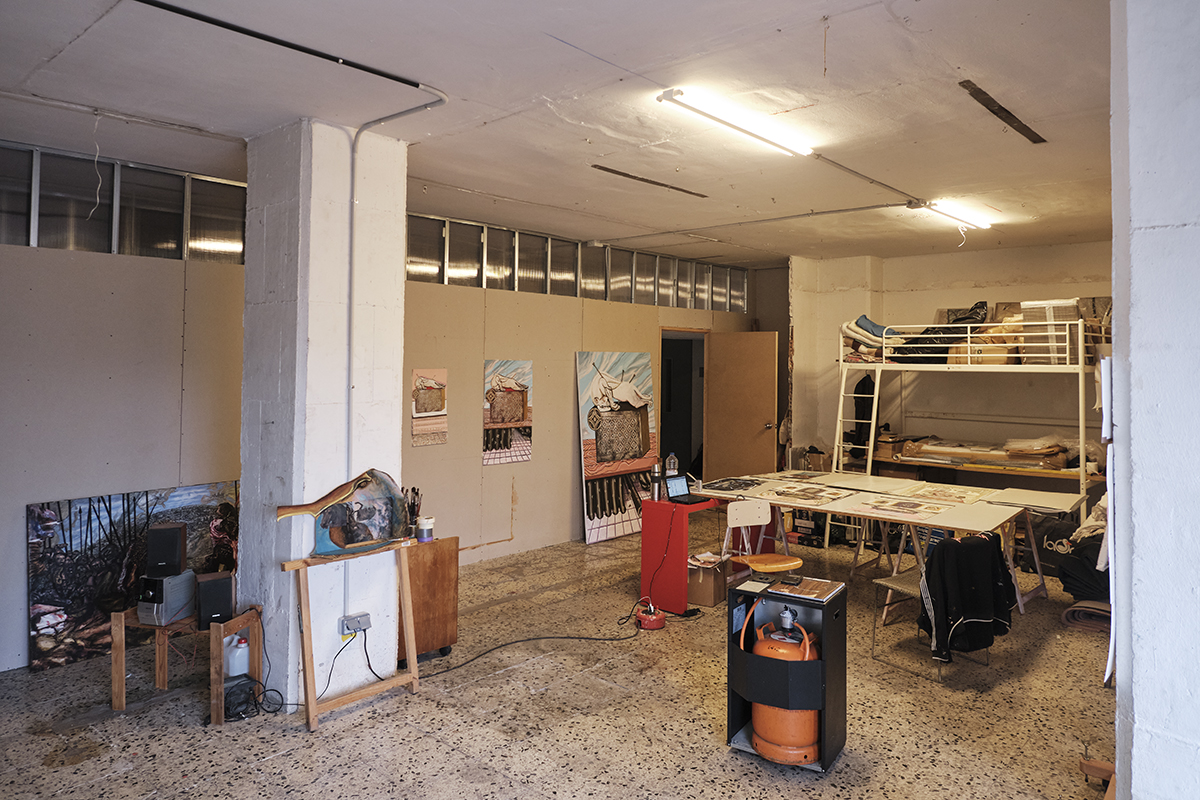