Mironins is a transmedia initiative that seeks to encourage children to have a more intimate and lively relationship with art. The project came into being eight years ago at the Fundació Joan Miró with the publication of an activity book for children to learn more about the artist, with the same title. Three drops of paint that escape from a Miró canvas are the main characters of this adventure, which was originally conceived by Anna Carretero, Marcela Hattemer and Anna Purroy.

Currently Mironins has expanded into a research and innovation project whose aim is to create pioneering ways to make connections, participate and learn in the museum environment through digital technologies. By means of experiences of expanded and interactive reality, children and their families are encouraged to get to know more about Joan Miró’s creative processes and to find their own creativity through play and exploration. The Fundació Joan Miró participates in the project’s research team, a consortium registered with the RIS3CAT Mèdia community and likewise comprised of the Eurecat Audiovisual Technologies Unit, Pompeu Fabra University (UPF), Cornelius Films, Sfy and Wildbytes.

The world of Mironins and its leading characters has also made it to the screen, with an animated children’s production for television featuring the foundation’s galleries and emblematic spaces as its settings. The series is an initiative of Cornelius Films and is co-produced by Wuji House, Walking the Dog and Peekaboo Animation, with the participation of Televisió de Catalunya, Televisión Española and the channel Ketnet. Mironins has received further support from the Successió Miró heirs’ trust, with artistic consultation courtesy Fundació Joan Miró. 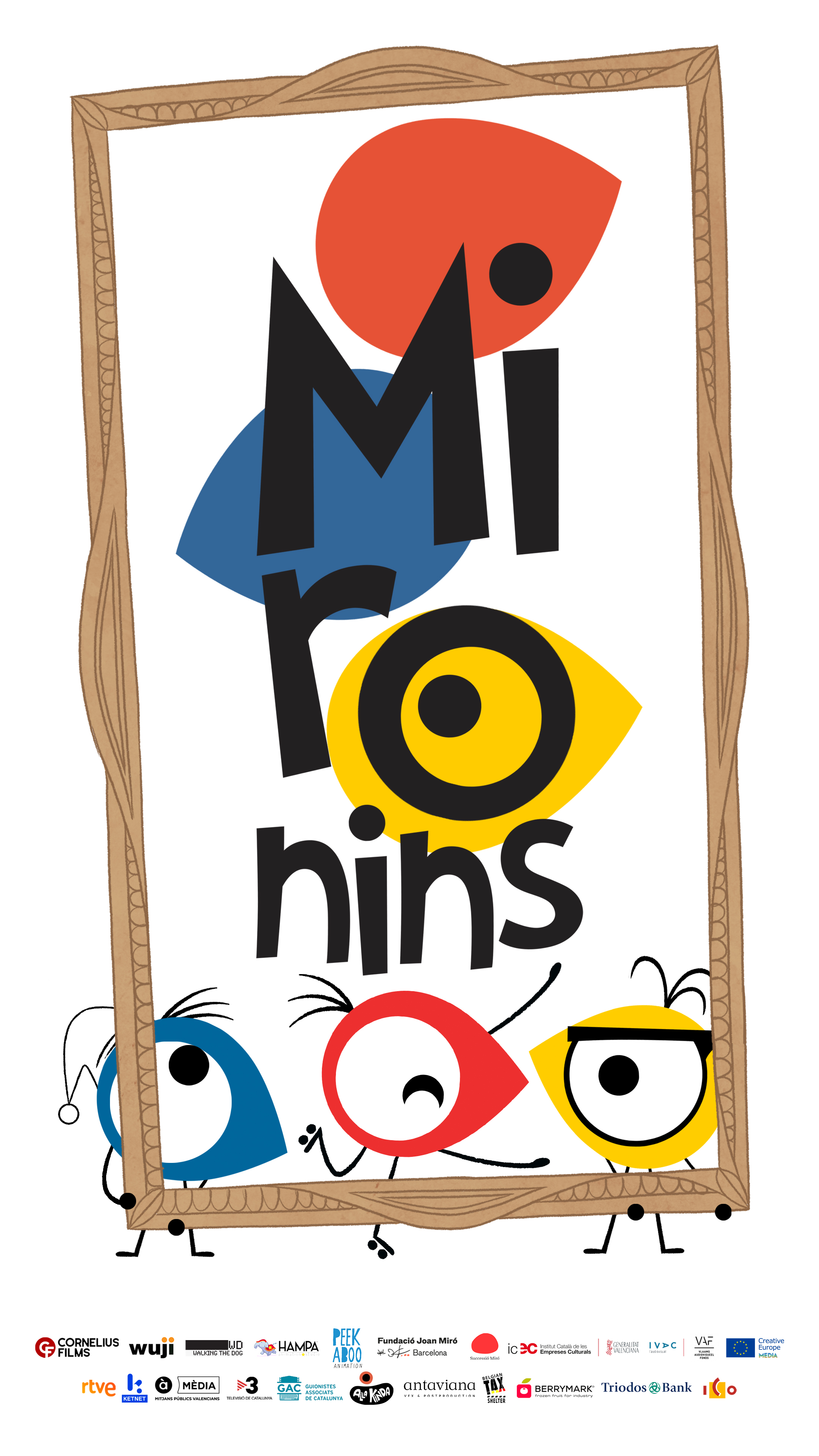