Exhibitions search
Displaying from 13 to 24 of 77 results available

Beehave is an exhibition project that reflects contemporary artists’ growing interest in the survival crisis affecting honey bees and many other insect pollinators.

Sumer and the Modern Paradigm

The Sumer and the Modern Paradigm exhibition elicits a conversation between Mesopotamian art and the works of modern artists, particularly during the interwar period (1918-1939). At the same time, it aims to find an answer to the reasons for the modern fascination with the findings from the ancient Near East.

about "Sumer and the Modern Paradigm" 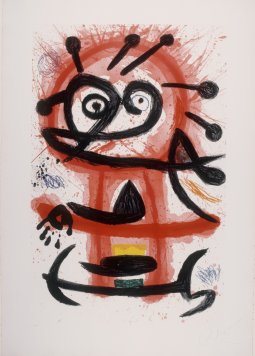 Joan Miró Anti-Portrait Gallery wishes to highlight the artist’s expertise and expressive freedom as a skilled engraver, able to obtain, through etching, aquatint or carborundum printmaking, material and gestural effects close to those of painting. 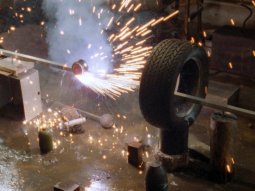 The Way Things Do

The exhibition is a tribute to The Way Things Go, the iconic film by Peter Fischli and David Weiss, celebrating its 30th anniversary. The show includes three installations by upcoming artists and a screening of the film by the Swiss artist pair.

about "The Way Things Do" 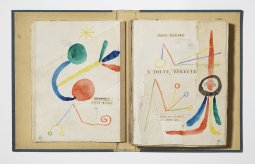 Éluard, Cramer, Miró ­- «À toute épreuve», more than a book reconstructs the creative process behind Miró’s book based on a collection of poems by Paul Éluard with the same title. The exhibition is part of the Miró Documents series, whose aim is to use the Fundació’s archive to further explore certain aspects of Miró’s work. 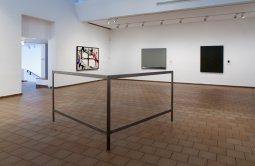 Self-organization provides a genealogy of artists from the 1960s on who have been developing strategies to recover the authorship of their own narrative. The exhibition is also an attempt to understand recent art and confirm the current validity of these dynamics. 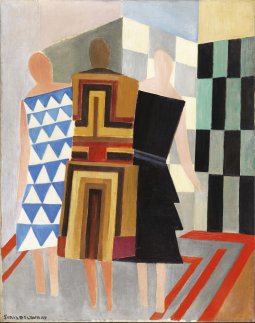 Endgame: Duchamp, chess and the avant-gardes

Endgame: Duchamp, chess and the avant-gardes is an account of twentieth-century avant-garde movements up to the beginning of conceptual art, told from the angle of what appears to be a minor anecdote: the game of chess.

about "Endgame: Duchamp, chess and the avant-gardes" 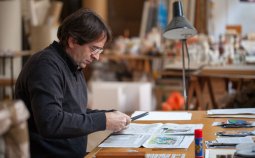 Infinite Sequence is an exhibition dedicated to the work of Ignasi Aballí, winner of the 2015 Joan Miró Prize. It proposes a stroll through a selection of pieces by Catalonia’s foremost conceptual artist to allow visitors to gradually discover some of the key aspects of his oeuvre.

The temporary exhibition rooms at the Fundació Joan Miró are closed to the public from January to June 2016, while the Fundació prepares the space for a new presentation of its collection of works by Miró.

about "Temporary Exhibitions at the Fundació Joan Miró" 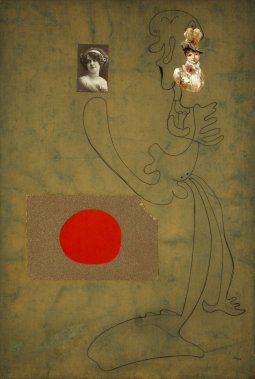 This monographic exhibition is the first specific inquiry into the role of the object in the work of Joan Miró. Curated by William Jeffett, Miró and the Object looks at how the artist began with pictorial representations of objects and then moved on to physically incorporating them in his works through collage and assemblage, before finally arriving at sculpture.

about "Miró and the Object"