Exhibitions search
Displaying from 37 to 48 of 79 results available

Genius Loci is a unique exhibition that brings together a selection of the latest musical creation of Barcelona.

Let Us Face the Future takes a journey through British art from the end of the Second World War to the late sixties and shows, for the first time in Spain, eighty-eight works by British artists from 1945-1968, on loan from the collections of British Council, the Arts Council, Tate and Pallant House Gallery in Chichester, as well as other public and private collections. 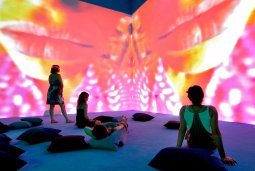 The exhibition invites visitors to delve into Rist’s colourful world through a variety of video installations that play with nature, the human body, music, and the architecture of the exhibition rooms.

The exhibition will show for the first time in Spain a selection of around 80 paintings and drawings by the Czech artist who was considered the first painter to explore the concept of abstract act. 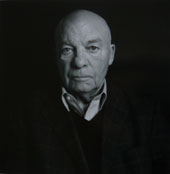 Only a poet would be able to capture the spirit of Miró with such sensitivity. Dupin and Miró - a dialogue between poetry and painting.

about "Miró - Dupin. Art and Poetry"

The artist reflects on the life cycle of women, which can also be taken as a metaphor for the creative cycle.

about "Kiki Smith. Her Memory"

Works from the Corcoran Gallery of Art

The exhibition contains over 100 works produced by American artists since the late nineteenth century and shows the development of modern art in the United States up to the present day.

Olafur Eliasson. The nature of things

The work of Olafur Eliasson centres on the study of sensorial perception and the nature of things.

about "Olafur Eliasson. The nature of things" 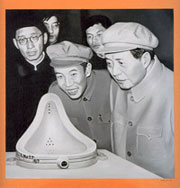 Selected works from the Uli Sigg collection that reflect the current state of Chinese art in a period of huge economic and social changes.

A body without limits

about "A body without limits"

A retrospective of the work of Sean Scully (Dublin, 1945), who combines features of different pictorial styles – Geometrical Abstraction, Minimalism, Conceptual Art, Abstract Expressionism – to create a language of his own.

The continuous collaboration between Claes Oldenburg and Coosje van Bruggen is based on an encounter between two strong and distinct identities. Through their dialogue, articulated in an exchange of words and images, the artists have redefined the concept of sculpture, dynamically addressing the complexity of the contemporary world.

about "Claes Oldenburg Coosje van Bruggen. Sculpture, by the way"