Exhibitions search
Displaying from 61 to 72 of 133 results available

During the First World War, Barcelona entered fully into modernity. While Europe was at war, some Catalan artists began the journey to the forefront of the avant-garde (Miró, Togores, Manolo Hugué.

If we go on, we'll surely laugh

Si seguim, segur que riurem (If we go on, we’ll surely laugh) is a collection of photographs of Tortell Poltrona, the Catalan clown who founded the NGO Clowns Without Borders.

about "If we go on, we'll surely laugh" 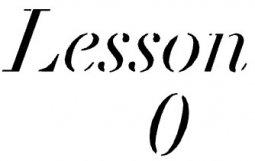 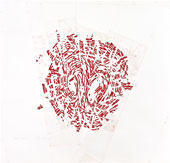 Roni Horn. Everything was sleeping as if the universe were a mistake

about "Roni Horn. Everything was sleeping as if the universe were a mistake"

The photographic œuvre of Kathrin Golda Pongratz is closely linked to her work as an architect and urban planner.

about "Landscapes of Pressure"

EULÀLIA VALLDOSERA ECONOMY OF DIVINE CHANCE The Christmas carol emerges from a process of reinvestment of the production costs of a work of art, starting from the purchase and reinstallation of objects just as they have been presented in the illegal stalls which the poorest people set up on the fringes of legal markets as a way of surviving.

The horizon as a recurring element in the history of modern painting.

about "Before the Horizon"

Preventive Archaeology - Journeys through the epidermis of history

Clothes on the line

about "Clothes on the line"

The exhibition is a compilation of works by Miró that attests to his experimentation in printmaking from the 1930s to the 1960s.

The Joan Miró Foundation presents Insomnia, an exhibition about film as a material for contemporary art. Curated by Neus Miró, the show brings together a series of international artists who have explored film in the period from the sixties to the present.